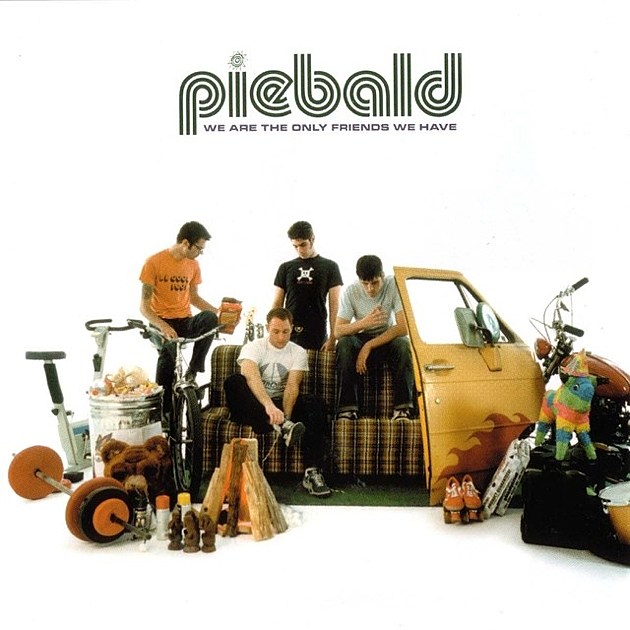 Piebald were around from the mid-'90s through the late '00s (and had a brief reunion in 2010), releasing a handful of quality albums and changing their sound up quite a few times. They ended the '90s on a high note with the post-hardcore classic If It Weren't For Venetian Blinds, It Would Be Curtains For Us All and then switched things up in favor of crunchy power pop for its followup, 2002's We Are the Only Friends We Have, which is considered by many to be their finest hour (this writer included). Those two albums are being re-released digitally this week, along with their 1997 debut When Life Hands You Lemons, their 2000 EP The Rock Revolution Will Not Be Televised, an album of bonus material, and singer Travis Shettel's solo album Y Las Marianas. Their other two full lengths (2004's All Ears, All Eyes, All the Time and 2007's Accidental Gentlemen) are already still available via SideOneDummy.

Among the songs on the album of bonus material is the previously-unreleased "Last Song." Its name comes from the fact that it is actually the last song they ever recorded (some time during the Accidental Gentlemen sessions). We've got the premiere of that song in this post, and it's right up the alley of their other material from that era: Weezer-y crunch with hints of jaunty Beatlesque pop, and Travis' unmistakable voice leading the way. It's a must-hear for anyone who digs latter-day Piebald, and if you're new to the band, it's also very much worth hearing. Their sound lives up really well and it's absolutely an influence on a good amount of modern bands (you can hear bits of it in The Hotelier and Weatherbox, for example). Check out the new song, and some older classics that are getting re-released, below.

The albums will be available on iTunes on Friday (2/26) and they'll become available elsewhere (Spotify, Pandora) on April 1. Tracklists for the bonus album and Travis' solo album are also below.

Re-releases
When Life Hands You Lemons
We Are The Only Friends We Have
The Rock Revolution Will Not Be Televised
If it Weren't For Venetian Blinds, It'd Be Curtains For Us All