Very sad news in the Chicago punk community: Pierre Kezdy, who played bass in Naked Raygun and Pegboy, has died of cancer at age 58. The Chicago Sun-Times reports:

Pierre Kezdy, bass guitarist for Naked Raygun, one of Chicago’s most influential and best loved punk rock bands, died early Friday at 58 at a hospice in Glenview. The longtime Evanston resident had cancer.

He talked his way into his first group, Strike Under, around the time he was in high school, according to his friend Lou Lombardo, manager of Naked Raygun.

As we recently wrote when we included Naked Raygun's 1988 album Jettison in our list of 15 '80s punk albums that shaped the '90s/'00s pop punk boom, Naked Raygun's influence on Chicago punk has been enormous. They've directly impacted some of the city's biggest bands, including Alkaline Trio, Rise Against, The Lawrence Arms, and Fall Out Boy, the latter of whom brought frontman Jeff Pezzati on stage to play a Naked Raygun song with them at Riot Fest 2013. Dave Grohl famously saw Naked Raygun at the very first show he attended, and to this day he considers it a life-changing moment.

"My stomach was up against the stage, and the singer was, like, on top of my head, people diving all over the place. It was loud as f---, and it was out of tune, and it was spit," Grohl said in Sonic Highways. "It just turned my world upside-down. . . For me, that night changed everything I knew about music."

Riot Fest co-founder Mike Petryshyn has said, "When it comes to punk rock, they are the gold standard here."

In a tribute posted today, Petryshyn said, "To one of the most kind, intelligent, caring, creative and warmest people I've ever met... I will miss you my friend. Tens of thousands hearts who you've inspired and influenced, including my own, feel less whole today and are full of sadness. I can't thank you enough Pierre for allowing me to be part of your ride. I will cherish that always."

The Smoking Popes' Josh Caterer tweeted, "So sad to hear that Pierre Kezdy has died. A uniquely gifted musician and an all around great guy."

Alkaline Trio wrote, "Rest In Peace, Pierre. The Naked Raygun bassist/vocalist was a friend and a hero and will always be a huge source of inspiration to us and to all who loved him."

RIP Pierre Kezdy 💔💔💔 Pierre was the bassist for chicago punk bands Strike Under, Naked Raygun and then later went on to join Pegboy. Pierre was, by far, one of my biggest influences and one of my favorite songwriters. Without getting introduced to Naked Raygun at a young age I wouldn’t play bass the way I do today. Thank you Pierre for all that you brought to this world. Thanks for being so genuine and good hearted. My condolences to the Kezdy family. 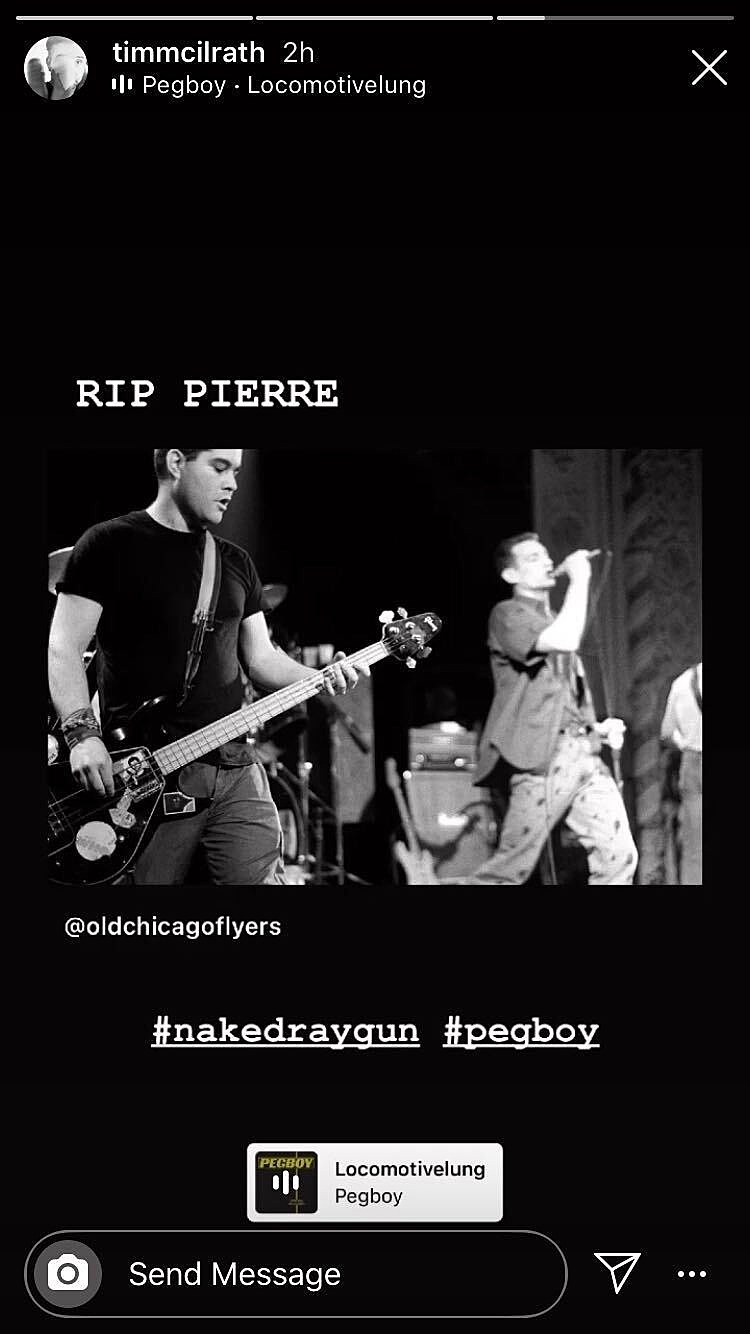 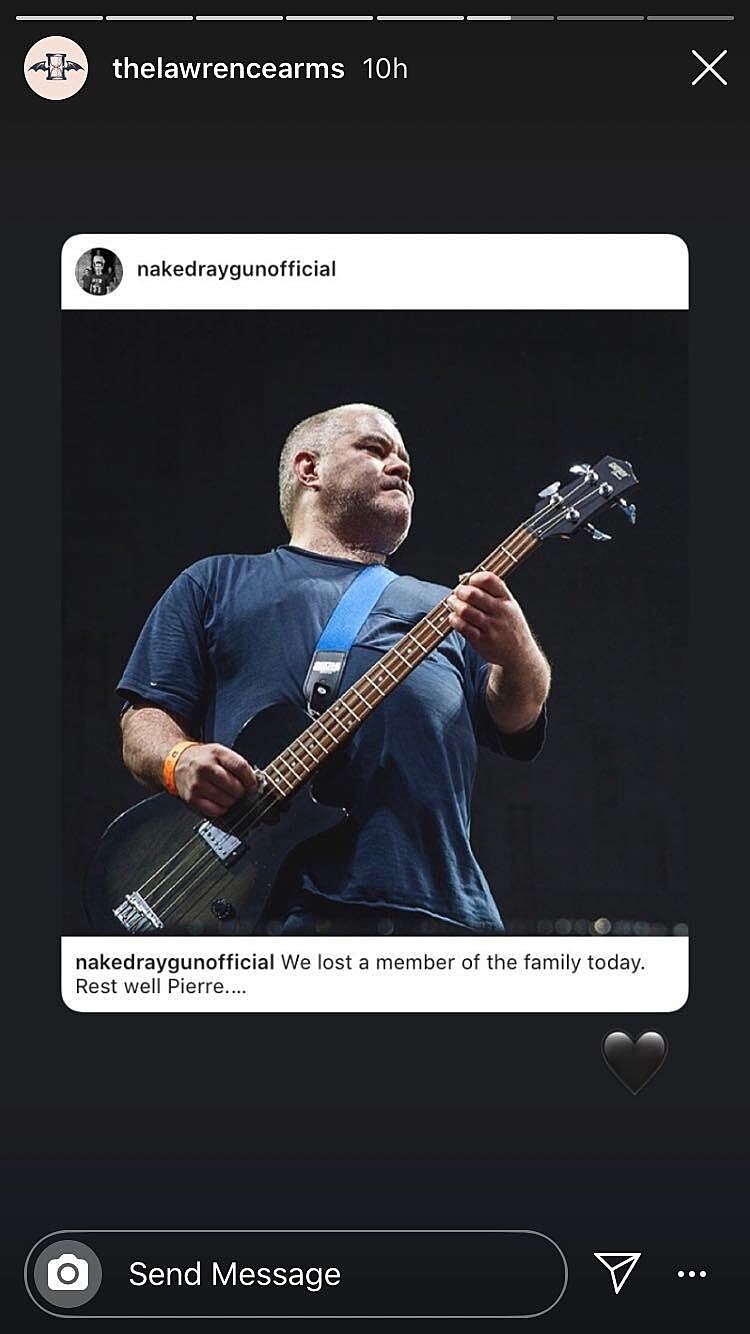