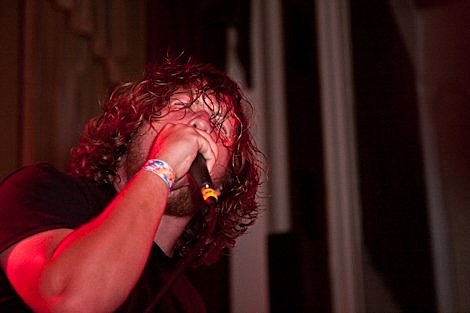 Metalsucks/MetalInjection/1000Knives have announced their CMJ showcase which goes down on October 18 at Public Assembly. The show will feature a headlining performance from Pig Destroyer, their first NYC date since supporting Repulsion at Brooklyn Masonic Temple in 2009, as well as appearances from the great KEN Mode (who played their first BV show in 2010, and has since played three BV-SXSW shows), Early Graves (who played their first BV show with original vocalist Makh - RIP), and Encrust. Tickets are on sale.

Pig Destroyer are preparing to release their new LP Book Burner on October 22 in the US.