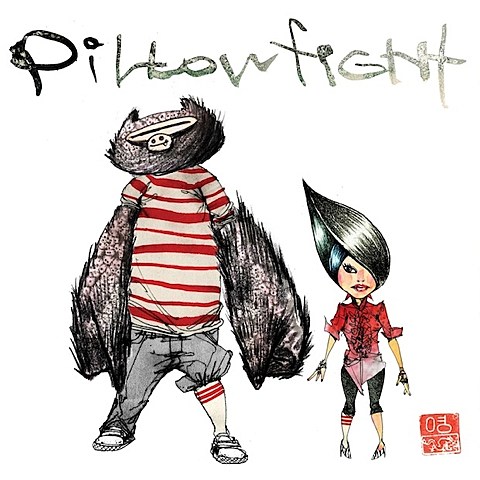 Mostly-hip hop producer Dan the Automator has some pretty great work under his belt with Dr. Octagon, Deltron 3030, Gorillaz Handsome Boy Modeling School, and others, and now he's announced the debut album for his new collaborative project, Pillowfight, for which he's joined forces with singer/instrumentalist Emily Wells, who's dipped her feet in the hip hop world a few times herself, having collaborated with Buck 65 and Count Bass D. Dan and Emily also reached out to Kid Koala (who worked with Dan on Deltron 3030) and Lateef the Truthspeaker (Latyrx) and recorded their self titled album which will be out digitally and on CD January 22 and on vinyl on February 26 via Bulk Recordings.

The duo previously posted one of the album's tracks, "Get Your Shit Together," and today, Consequence of Sound premiered another, "Used to Think." You can stream that one below.