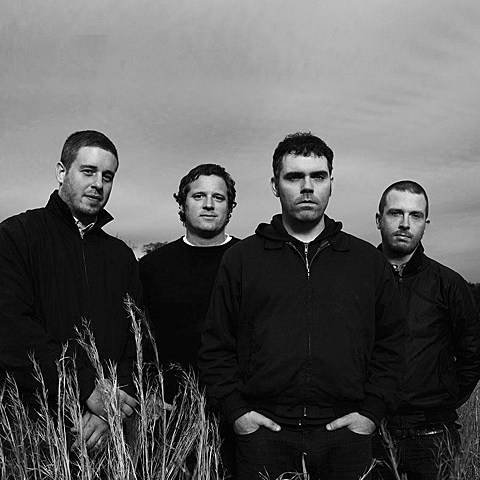 Post-hardcore-inspired NYC indie rockers Pilot to Gunner were mostly active back in the early 2000s, when they released two albums, including 2004's J. Robbins-produced Get Saved. After being relatively quiet for a while, they picked back up in 2012 with the release of Guilty Guilty, which ended up on A.V. Club's Top LPs of 2012 list.

The band is still at it, and they're scheduled to head over to Europe for a tour there in March, but before that Pilot to Gunner will play a hometown show on February 7 at Cake Shop with Chicago's All Eyes West and Easy Creatures. That show is $10 at the door. Flyer below.

All tour dates are listed, along with a video, below... 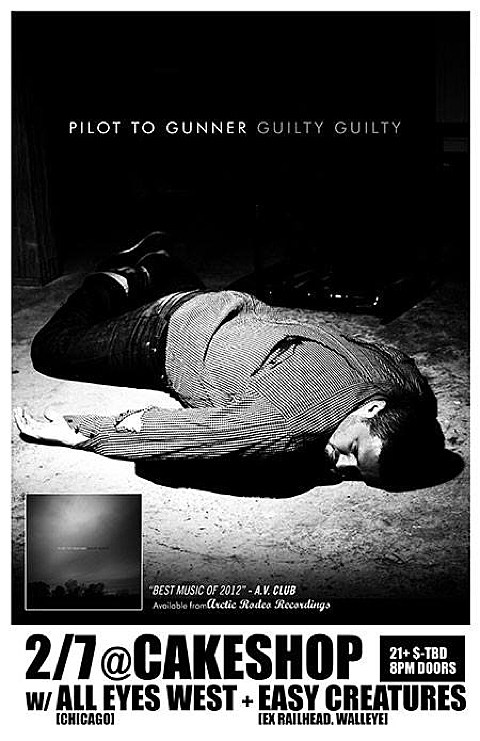 Filed Under: All Eyes West, Easy Creatures, Pilot to Gunner
Categories: Music News, tour dates
Comments
Leave A Comment
Back To Top
Coney Island New Year’s Day Polar Bear Plunge 2020 in pics
TV cops donating to bail funds, asking other actors who play TV/movie cops …
YG releases new song “FTP”
Gary Clark shares speech: “We got our hands up in the air and they shoot us…
SeeYouSpaceCowboy selling “These Pigs Must Be Undone” benefit shirt; For Yo…
Nothing release EP (with “Sex and Candy” cover) to benefit bail funds
Oceanator releases cover of Dead Kennedys’ “Police Truck” to benefit Campai…