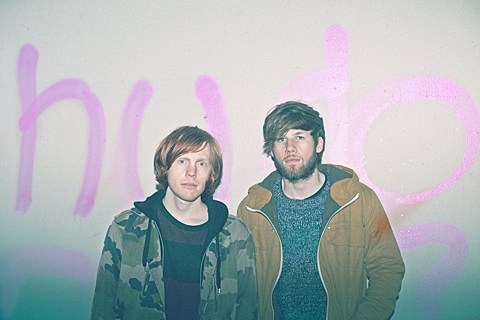 Glasgow fuzz rock duo Pinact, who we profiled last year around the time they released their ripper of a single "Brew" (via Art Is Hard Records), are back with a new cut, "Guillotine." This one calms things down in comparison to "Brew," keeping things fuzzy and distorted, but heading more into mid-tempo alternative rock territory as opposed to Japandroids-style power punk. The song is from an upcoming compilation that Art Is Hard is co-releasing with the Reeks of Effort label (run by some of the Joanna Gruesome guys) appropriately titled Art Reeks. In addition to Pinact, the comp features tracks by Radstewart, Joey Fourr, and Poledo. It'll be out on March 3 but you can pre-order it now.

"Guillotine" premieres in this post, and you can listen to it, along with Art Reeks tracks from the other three bands, below...

other tracks from 'Art Reeks'