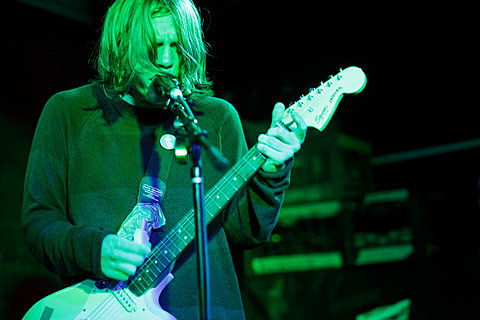 Glassgow duo Pinact have been making anthemic fuzz rock for a few years now, and they recently signed to Kanine Records for their new album Stand Still and Rot, which comes out next week (5/19). It was produced by MJ of Hookworms and, like their previous material, it's in the same realm as PAWS and Japandroids -- sugary pop songs played like fast, shambolic punk songs. A full stream of the album premieres below.