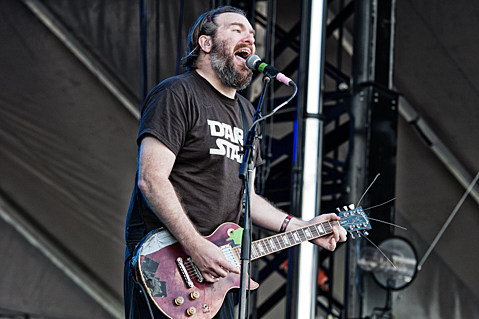 Pinback frontman Rob Crow (also of other bands and a solo artist) plans to quit music (and social media) to focus on his family. He wrote on Facebook:

I'm fine.
I have just come to the realization that making music in this climate is financially irresponsible to my family and ultimately humiliating to my psyche.
Im going to finish and release the work I've already spent my heart and tears on, but even that is likely to ruin me.
My kids are growing and my downstairs studio would probably be put to better use as a bedroom.
I'll keep a small setup with which I can use for scoring, editing and things when they come up.
Also quitting Facebook and Twitter and using that energy to concentrate on writing in my journal.
Chucking the booze as well will help with that.
I just trying to make a mature decision and be a responsible husband and father.

He also tweeted, "In fact, i think I'm gonna finish up & release all my current records & give up. Thanks you guys! I really appreciated it."

No new music is a bummer to hear, but it's hard to argue being a responsible parent. Here's to hoping we get another album when they go to college!