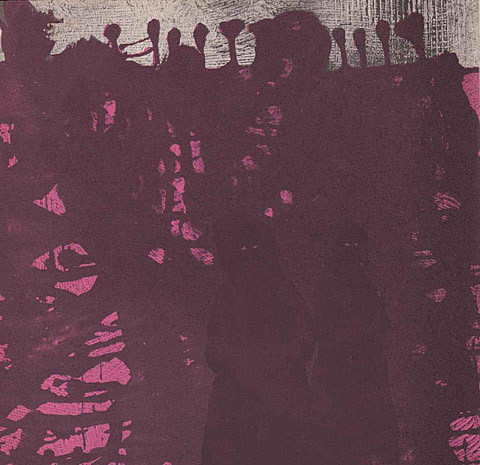 Fort Worth crew Pinkish Black cite names like Suicide, Magma and Scott Walker as influences on their new self-titled effort which is due via Handmade Birds on May 15th. While there are definitely elements of all of those highly-influential greats, Pinkish Black also utilize elements of post-punk, goth, black metal, deathrock, noise, ambient and all other manners of darkness on the release. They come off like a death-obessed Om on the band's first track "Bodies in Tow" (video below) yet very Nick Cave/Birthday Party on "Fall Down" the band's second track which premieres in this post. Listen below...

So far no tour dates scheduled for Pinkish Black on the East Coast (or anywhere), but we'll let you know if that changes.