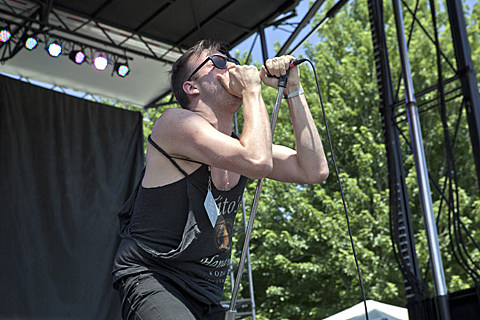 Philly noise rock/punk/sludge favorites Pissed Jeans have taken some time out of their busy schedule working as the backing band for a professional wrestler to schedule a handful of East Coast dates with Purling Hiss for this coming February. Those dates include a NYC show happening on February 9 at Knitting Factory. In addition to Purling Hiss, they'll be joined by local noise punkers Pampers (making that the same support lineup The Men just had at MHOW). Tickets for that show are on sale now. All dates are listed below.

Purling Hiss will be in NYC even sooner for their previously discussed show at Brooklyn Night Bazaar on 12/14 with Diarrhea Planet, Big Ups, and Manors, which is free.

Check out the full run of dates, plus two great videos from Pissed Jeans' killer 2013 effort Honeys, below...