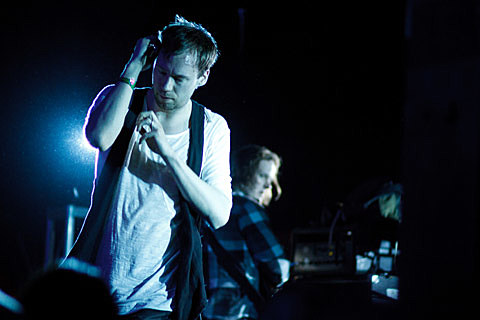 Noise punks Pissed Jeans have been on tour this year in support of their new album, Honeys, and that tour just hit NYC last month for a headlining show at Bowery Ballroom with Roomrunner and Yi. This week, they'll be returning to NYC for a show at the similarly-sized Music Hall of Williamsburg on Saturday (5/11), but this time it's to open for their Sub Pop labelmates Mudhoney.

That show is part of Mudhoney's tour which also hits Bowery Ballroom on Sunday (5/12) with Endless Boogie. Tickets for both NYC shows are still available.

All Pissed Jeans dates are listed, along with videos from both bands, below...