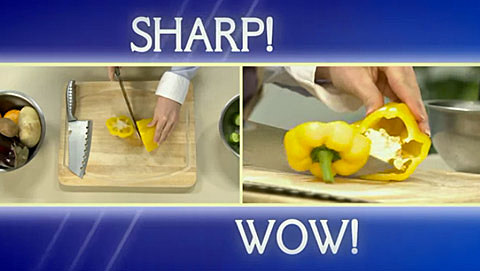 The above still is not from an infomercial. Pissed Jeans examine the dark side of home shopping on their new video for "Bathroom Laughter" from their new album, Honeys, which arrived today (2/12) via Sub Pop. Check out the video below and if you have any questions about the clip or just want to know why they're so damn antisocial, they band will be hanging out in the video's comments section to chat about the video today at noon EST.

As mentioned, Pissed Jeans are on tour this spring, and will play Bowery Ballroom on April 13 with Roomrunner and Yi. Tickets are still available.

In related news, a quick reminder that members of Pissed Jeans will play in side project Blood Red when the band teams with Heartless at Acheron on March 9.

Video for "Bathroom Laughter" and a list of all tour dates are below.