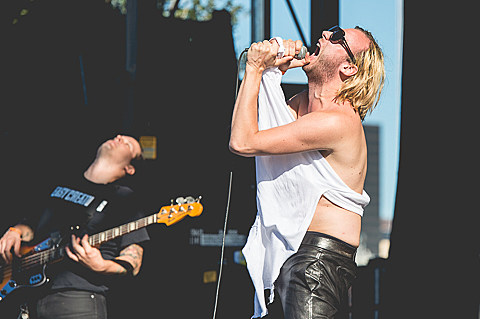 Philly's noisy post-hardcore bashers Pissed Jeans are working on a new album this year, and while we're still awaiting more details on that, we do know there's a few chances to catch them live. Among those chances is a stop in NYC for two shows at Baby's All Right on May 9 (early and late). Tickets for the 7:30 PM show with VEXX go on sale Friday (3/6) at 10 AM. Ticket info and more bands TBA for the other show.

All known dates (still more TBA) are listed, with a video, below...