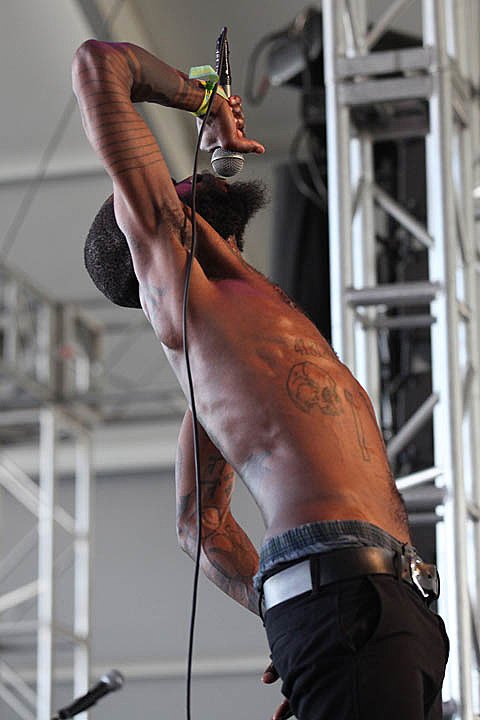 As mentioned, Death Grips are also playing a NPR-presented CMJ show with Flying Lotus at Le Poisson Rouge on October 17. That bill also includes Ali Shaheed Muhammad (of A Tribe Called Quest) and since we last spoke Buke & Gase were added as well. The show is free with "confirmed RSVP", which opens TODAY (10/9) at 10:45 AM (aka really soon). Act quick.

We already mentioned that Death Grips and LE1F are playing Pitchfork's CMJ showcase at new Brooklyn warehouse venue Villain on October 19 (50 N 3rd St). Now the full lineup is out and it also includes DIIV, Joey Bada$$, Holy Other, METZ, Merchandise, Daughn Gibson, Hundred Waters, and Angel Haze. The show goes from 8PM to 3 AM and is totally free to the public, but there will also be 200 priority tickets being given away at the Topman store (478 Broadway in SoHo) "on Wednesday and Thursday between 10 AM and 9 PM."

Pitchfork is also teaming up with MoMA PS1 to present a show in the VW Performance Dome on October 20 (22-25 Jackson Ave, Long Island City) with Andy Stott, Chairlift, and Doldrums, which runs from 3-6 PM. That show is free with museum admission.

The fliers for both Pitchfork shows are below... 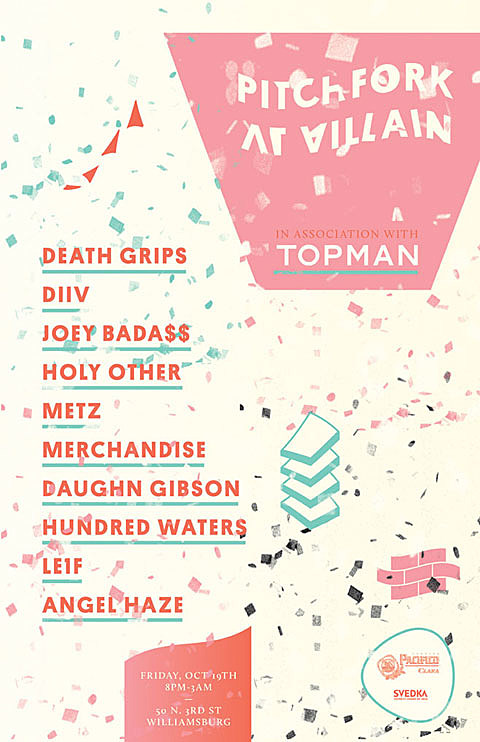 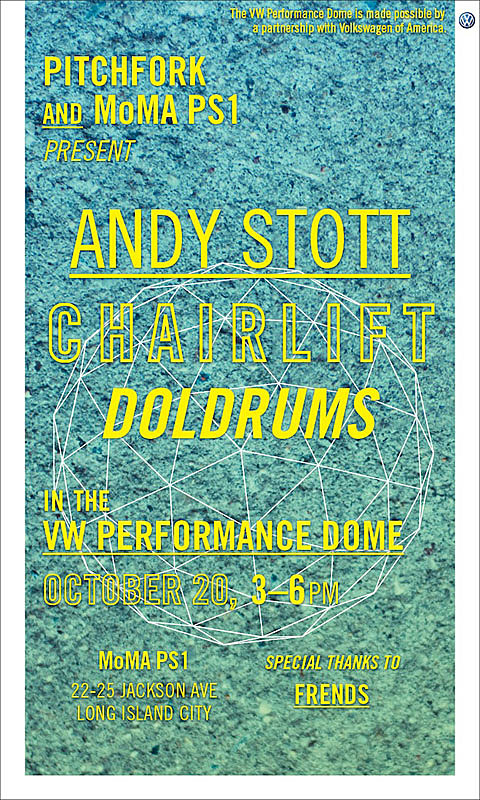