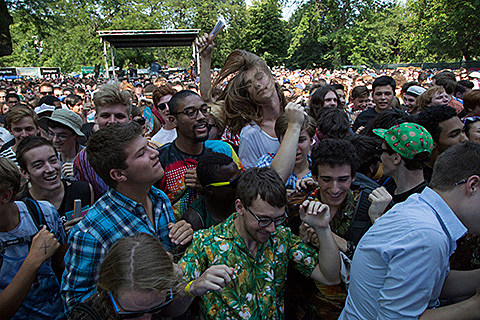 The Pitchfork Music Festival happens this weekend in Chicago (7/17-7/19), featuring performances from Wilco, Sleater-Kinney, Chance the Rapper, Future Islands, The New Pornographers, Run the Jewels, Caribou, Panda Bear, Todd Terje & the Olsens, Mac Demarco, Kurt Vile and loads more. BrooklynVegan will be there, so stay tuned for coverage and photos. If you can't make it, Pitchfork will also be streaming it live.

As usual, the fun continues later each night with a plethora of aftershows, both official and unofficial. There's something for every type of fan, with shows from Parquet Courts, Viet Cong, ILoveMakonnen, Jessica Pratt, Ariel Pink, Ex Hex How to Dress Well, Protomartyr and more. A guide to the night time action, below... 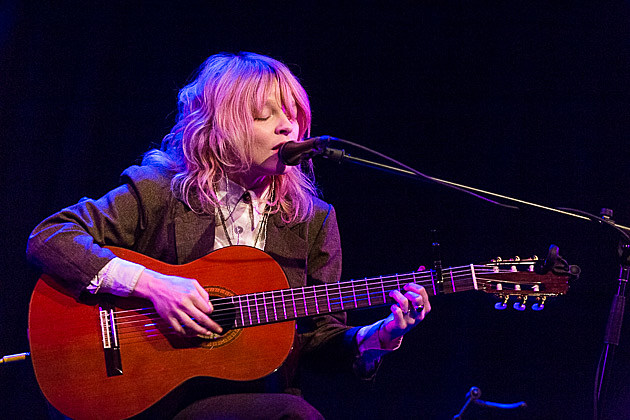 In case you want to throw caution to the wind and stay up the night before the fest, Steve Gunn and Jessica Pratt are at the Empty Bottle and Natalie Prass is performing at Schubas.

There's lots going on Friday. Ex Hex is performing a sold-out show with Tweens at The Empty Bottle.

Another (unfortunately) sold out show Friday is Waxahatchee, who are performing with the Midwest's very own Tenement and PINKWASH at the Subterranean.

But if you didn't get tickets to either of those shows, Polaris Prize-nominated crooner Tobias Jesso Jr. is playing an aftershow at Schubas Friday. (tickets)

Another great option is Parquet Courts with The Funs and Piss Piss Piss Moan Moan Moan at Thalia Hall. (tickets)

If you're a devoted member of the "Bitch Mob" and you love to watch people dance on the internet, RSVP to Friday's Boiler Room, presented by ILoveMakonnen and Ray Ban. The show features Lil B, as well as producer Sonny Digital, DJ Green Lantern, Tunji Ige, and Speakerfoxxx.

There are also official Pitchfork shows at Virgin Hotels Chicago each night of the festival. Friday's features Chicago's own Vic Mensa performing live on the 25th floor with Chicago DJ Stefan Ponce spinning on the roof. RSVP here. 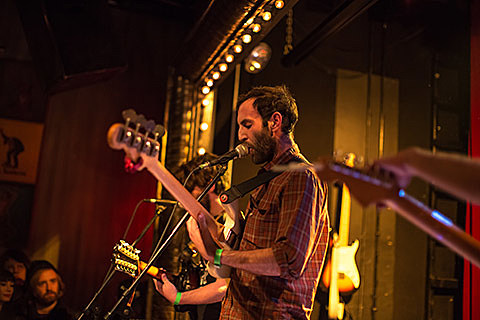 Saturday night kicks off with a show from Liturgy with Locrian, Yvette, and Trevor de Brauw at the Empty Bottle (tickets).

Danish prettyboys Iceage are playing a show with Hide at Beat Kitchen later Saturday night (tickets), a good option for the under-21 crowd.

In case your choice of which aftershow to see Saturday wasn't hard enough, Viet Cong and Ryley Walker are playing an aftershow at Subterranean (tickets).

Another good late night option is Protomartyr, who should be playing some new songs, at Schubas with Bully (tickets)

Chicago-based How To Dress Well is DJing at the East Room Saturday night, along with Peter Cottontale, DJ Taye Teklife, and Harris Cole. You can get in free with an RSVP, or you can guarantee your spot at the show by purchasing tickets.

Pitchfork and Virgin Hotels have another fun night planned for Saturday, featuring a sets from Hit City U.S.A., live performances from Ex Hex and The Orwells, and a DJ set from Future Islands. Once again, RSVP here.

SUNDAY, JULY 19
You've made it this far. If you're still in the mood for music after three days of the best acts of 2015, you're in luck - there are many great options on Sunday.

Barcelona's teenage dreams Mourn are performing with Star Tropics at Schubas, which is appropriately 18+ (tickets).

Another great option on Sunday is Lower Dens, led by the formidable Jana Hunter, at Lincoln Hall. The show rounds out its bill with another performance from How To Dress Well. Tickets are on sale and there is a discount if you present your Pitchfork wristband.

There are also some DJ options on Sunday. Warp Records is throwing a party at Smart Bar, with sets from Daphni (aka Caribou), Clark, Sicko Mobb, and Feral (tickets).

Finally, Sunday marks the third and final Pitchfork show at Virgin Hotels. The festival is going out with a bang with a DJ set from HAIM and performances by an unannounced special guest. RSVP here.

So choose your shows soon and choose wisely, but take solace in the fact that it's hard to go too wrong with any of these aftershows.