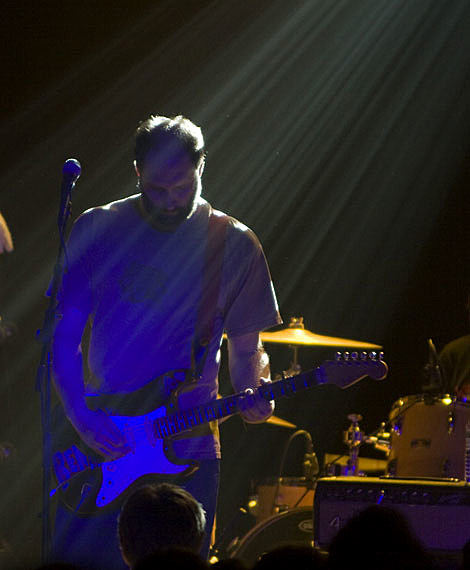 The 2009 Pitchfork Music Festival -- to be held in Chicago's Union Park Friday, July 17 - Sunday, July 19 -- is announcing the first round of band's to perform at this years festival, as well as a new series that will include Friday's performances. On Friday, the festival welcomes Yo La Tengo, The Jesus Lizard (first show in Chicago in eleven years!), Tortoise and Built to Spill; Saturday will see performances by The National, Pharoahe Monch, and The Pains of Being Pure at Heart, while Sunday's event includes Grizzly Bear, The Walkmen and Vivian Girls!

In years past, Friday night has been presented in conjunction with All Tomorrow's Parties and their "Don't Look Back" series, which is devoted to artists playing one seminal album from their back catalogue in its entirety. In 2008, Mission of Burma performed Vs., Sebadoh played Bubble & Scrape, and Public Enemy performed It Takes a Nation of Millions to Hold Us Back. 2007 saw Slint performing Spiderland, Gza/Genius performing Liquid Swords, and Sonic Youth performing Daydream Nation.

This year, the Pitchfork Music Festival is mixing things up a bit and putting the set lists in the hands of the fans, under a new series titled "Write the Night: Set Lists By Request." When someone buys a ticket they will receive a confirmation email that will include a link to a web page where they can vote on which of each band's songs they'd like to hear during their set - and truly be the ones to "Write the Night." Voting will begin on March 13 (when tickets go on sale) and will end on June 12.