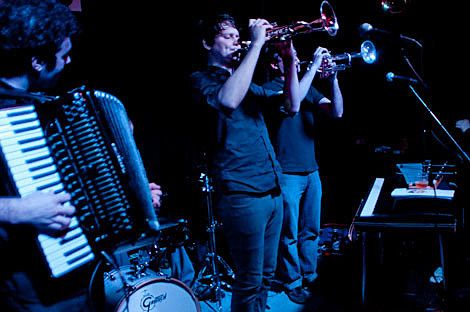 More bands were recently added to the previously announced lineup of the 2009 Pitchfork Festival. The annual fest is taking place Friday, July 17th to Sunday, July 19th in Chicago's Union Park. Tickets are still on sale.

From those new bands, Frightened Rabbit is also on the bill for NYC's Siren Fest. The annual, free Coney Island concert is scheduled for Saturday, July 18th.

DJ/Rupture is also appearing at the NYC event for Barcelona's Sonar Festival on May 12th. 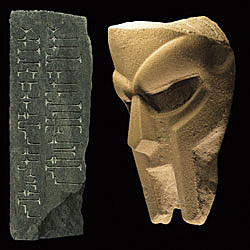 Another act on the Pitchfork bill, DOOM, will be performing his first show since the news broke in 2007 that he'd been allegedly lip-syncing and/or sending stand-ins to take his place at live shows. A few months after that, canceled DOOM shows spurred rumors that the rapper was in the hospital, addicted to crack, too lazy to show up...basically anything you can imagine or post on a message board.

DOOM somewhat addressed those questions in an interview with HipHopDX in April. His response started like this:

I'm a director as well as a writer. I choose different characters, I choose their direction and where I want to put them. So who I choose to put as the character is up to me. The character that I hired, he got paid for it. There's no impostor.

He went on to say that maybe it was really him, he just lost a lot of weight (one fake rapper in question was noticeably skinnier than the hefty DOOM). He closed his answer like this:

But I'll tell you one thing, if you're coming to a DOOM show, don't expect to see me, expect to hear me or hear the music that I present. And it's gonna be a unique experience every time. So that's all I have to say about that.

In short, expect the "DOOM Experience." P4k Fest is his only current date, but we think there will be more announced at some point this year.

DOOM's latest, Born Like This, came out in late March on Lex Records. Radiohead's Thom Yorke recently remixed that album's "Gazillion Ear." That remix is out now as a bonus track on iTunes. A YouTube rip of the song is below. 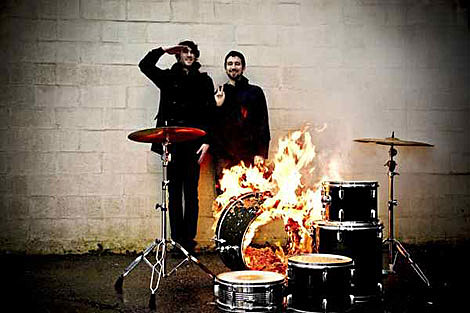 Japandroids are on the schedule for Pitchfork as well. The pair were scheduled to play two New York City shows this week at Pianos on May 6th and Public Assembly on May 7th, but the band had to cancel those and other dates because of singer-guitarist Brian King's "emergency surgery for a perforated ulcer," as reported by Pitchfork. Luckily, he'll be well enough to head out a tour that starts at the end of May. Japandroids' two rescheduled NYC dates will be Friday, July 10th at Brooklyn's Cameo Gallery and Saturday, July 11th at Pianos. Tickets for the latter are on sale.

Other summer fests for Japandroids include Sasquatch Music Festival on May 24th, Calgary's Sled Island Festival on June 25th, and Seattle's Capitol Hill Block Party on July 24th. They also have tour dates across North America, posted below.

Japandroid's Post-Nothing is out now on Unfamiliar Records. An MP3 of "Young Hearts Spark Fire" from that record is posted above; a video of the guys playing "Heart Sweats" live, below.