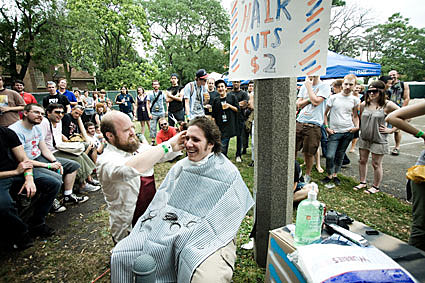 The 2009 Pitchfork Music Festival will be held in Chicago's Union Park Friday, July 17-Sunday, July 19. This year marks the fourth anniversary of the festival - and the fifth time Pitchfork has presented a music festival in Union Park. The three-day event will once again showcase a wide range of global artists on three stages, with a focus on forward thinking programming at a reasonable price. Beginning with the music and continuing through all facets of its production, the Pitchfork Music Festival is dedicated to providing both attendees and musicians an overwhelmingly positive, comfortable, and fun experience.