Pixies at Wellmont Theatre in 2011 (more by Dana (distortion) Yavin) 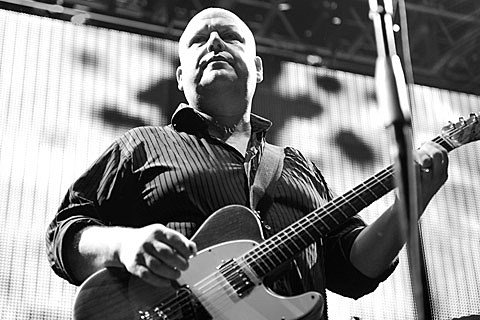 Soon after Kim Deal left the Pixies, the band released their first new song in about nine years. And now the band are continuing not to show any signs of slowing down, because they've just announced their first tour since 2011. So far they've only announced European dates, but are billing it as the first leg of a world tour, so hopefully that means North American shows are to come. Regarding the tour, Frank Black says:

Along with everyone's favorites, we'll be playing songs that we haven't played in ages or never played live before. Songs like 'Brick is Red,' 'Havalina,' 'Tony's Theme.' and 'Sad Punk.' We've probably rehearsed some 80 songs, so we'll be able to change up the set at the last minute if we feel like it. We're all really looking forward to this tour.

They're also saying they'll be premiering brand new PIxies songs on the tour.

For this tour, they've snagged another Kim: Kim Shattuck of The Muffs (not Kim Gordon) to take Deal's place. The Muffs are also playing shows this year, including NYC-area dates at Maxwell's on July 25 (sold out) and The Bell House on July 26 (tickets).

All Pixies dates are listed, along with the video for their new song, "Bagboy" and the tour flyer, below... 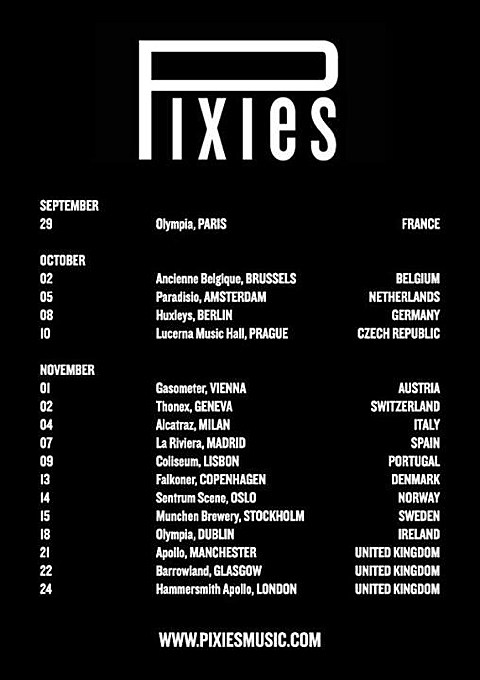