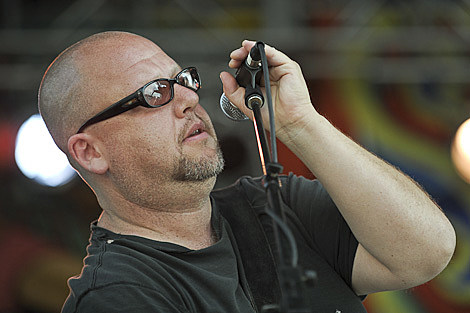 In celebration of the 20th anniversary of the release of their classic 1989 album Doolittle, the band - Black Francis, Kim Deal, Joey Santiago and David Lovering - will kick off the very special US "Doolittle Tour" at the Palladium in Los Angeles on Wednesday, November 4. The U.S. tour will hit a total of nine cities, including three dates in New York City. Ticket prices and on-sale dates will vary city to city, but some tickets go on sale as early as this Saturday, August 1 and can be purchased at the venues' box offices or online at Ticketmaster See below for full itinerary and on-sale information.

On this tour, the Pixies will perform all of the songs from Doolittle and its related B-sides, "Weird at My School," "Dancing the Manta Ray," and "Bailey's Walk" among them. Doolittle, the band's third album and the first to chart on Billboard's album charts, includes classics such as "Debaser," "Wave of Mutilation," "Here Comes Your Man," "Hey," and "Gouge Away."

"We wanted to do something special for Doolittle's 20th anniversary," said Black Francis, "and we thought his was a good opportunity to play all of the songs from that album, something we don't normally do at a regular gig."

The European dates were announced about a month ago. In 2004 the Pixies played eight shows at Hammerstein Ballroom. This time they've announced three 2009 shows at the same venue. Those and all North American dates below...

The Breeders are touring in August and sort of playing BAM in October.