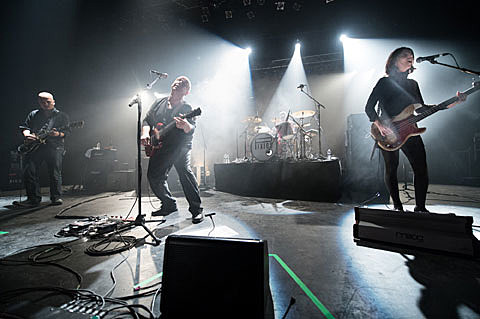 After touring their college radio hits for a decade and teasing with a few new singles, Pixies have announced their first "new" album since 1991's Trompe Le Monde. The album is titled Indie Cindy (which is also the name of a song) and will be out April 29 via their own Pixiesmusic label. The record was produced by longtime associate Gil Norton, who worked on everything from Doolittle on, and features cover art by legendary designer Vaughn Oliver who did all their classic sleeves.

Before you get too excited, you may have heard all the songs already. The album is comprised of "Bagboy," which was the band's first new song in more than a decade, plus the eight tracks from the band's EP-1 and EP-2, as well as the songs from the just-released EP-3 which also has "Bagboy" on it. (Bassist listed on the liner notes is "Ding.") But for those who wanted all those in one place, your wish is granted.

The new album comes in a variety of formats, including a Special Edition in a gatefold double-vinyl, and a CD/40-page book with a bonus live disc recorded during their just-finished tour (with Paz Lenchantin on bass). Pre-order those here. There's an iTunes version with the live show as well. Plus, Indie City is coming out as a Record Store Day, limited edition, two-disc, deluxe gatefold, 180-gram vinyl set -- whether that's the same as the Special Edition minus the book/live disc is unclear.

Artwork and tracklist for Indie Cindy below... 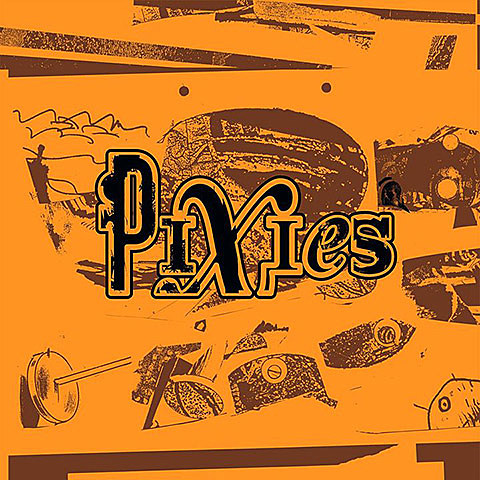