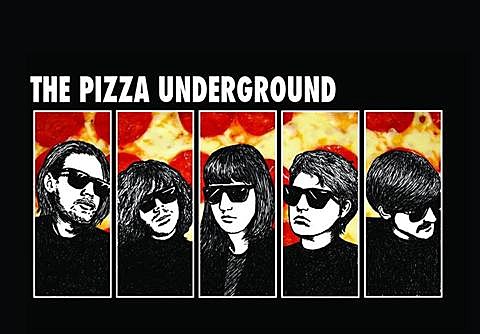 If you were wondering, The Pizza Underground's 15 minutes are not up yet. The novelty tribute act -- which counts MaCaulay Culkin as a member -- who played a free show at Brooklyn's Baby's All Right back in December, have a couple more NYC shows coming up. On January 23 they'll perform at the MOSCOT store on the Lower East Side and while RSVP's are full for that event, you can still see them the next day (1/24) at Brooklyn Night Bazaar with an otherwise dancey lineup of French Horn Rebellion, Rush Midnight, Heavenly Beat and Seasick Mama. That show is free.

After that the Pizza Underground are playing a few other East Coast dates in January, and then are actually going on tour in March surrounding a visit to SXSW. They'll finish that trek back here in Brooklyn for a show at Baby's All Right on March 22 with Total Slacker and Toby Goodshank. Tickets for that show are on sale now.

All Pizza Underground dates are listed, along with their demo medley, below...