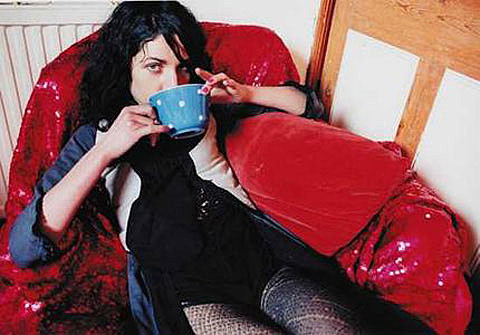 PJ Harvey has added a second show at New York City's Terminal 5. The new date will take place April 19, the day before the previously announced April 20 show which sold out completely within hours of on-sale.

PJ Harvey will be making two other U.S. appearances in support of her new album Let England Shake: an already sold out April 14 date at the Warfield in San Francisco and an April 17 set at Coachella.

Let England Shake is out Tuesday in the U.S. and today, February 14th, in the UK and Europe-the same day PJ Harvey will debut her new album live in a one-off, special show from Paris to be streamed live at 8pm GMT by the French music site Deezer www.deezer.com and the cultural chanel ARTE www.arteliveweb.com

The webcast will also be available on the official PJ Harvey site www.pjharvey.net

Look for tickets to the new Terminal 5 show to go on sale this week.