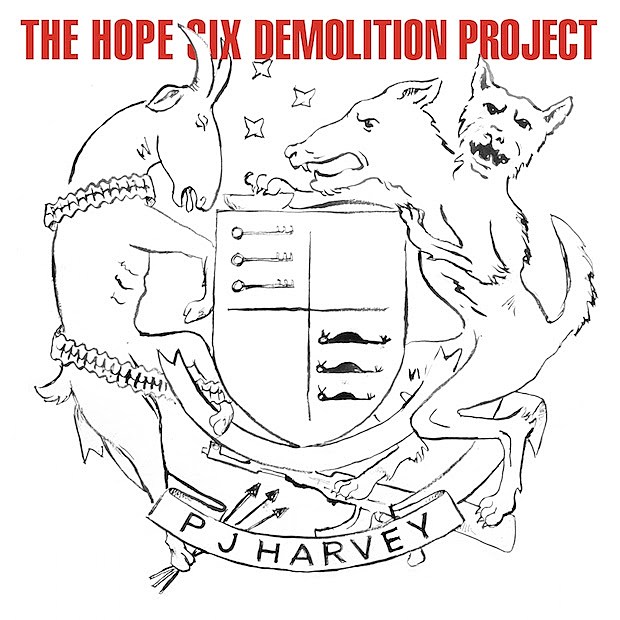 We knew that PJ Harvey would be releasing an album this spring that she recorded in public at a London art installation, and now details are finally here. It's called The Hope Six Demolition Project and it's due out April 15 via Island/Vagrant. PJ just released the Seamus Murphy-directed album trailer, which includes music from the tracks "The Community of Hope" and "The Wheel." "The Wheel" is also premiering on Steve Lamacq's BBC Radio 6 show today, but it doesn't appear to be playable yet. Going by this clip, it seems up a similar alley to 2011's Let England Shake, from its upbeat guitar strums down to those distinct backing vocals. It's just a sample, but it's sounding pretty promising. Check out that video, and the tracklist below.

UPATE: The full version of "The Wheel" is now streamable at the BBC. Listen at the 51-minute mark.

PJ Harvey also has upcoming European festival dates, including the just-announced Primavera Sound. She'll be playing with a nine-piece band.