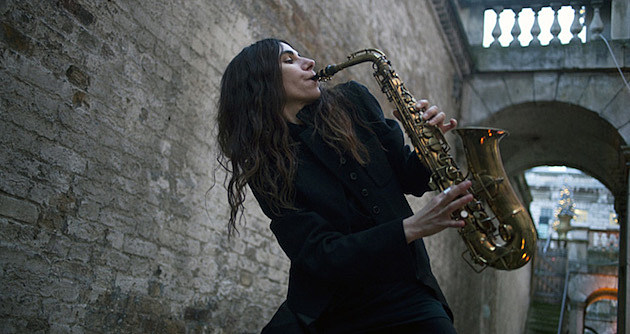 PJ Harvey has been working on the follow-up to 2011's Mercury Prize winner, Let England Shake. She recorded it public as part of an art installation at London's Sommerset House titled Recording in Progress. She made the record with producers Flood and John Parish and it features contributions by Terry Edwards, James Johnson and more. Today, the new record was officially announced via PJ Harvey's Twitter, saying the as-of-now untitled album will be out Spring 2016. It also contained a video clip with Harvey performing a new song. Watch that below.

Harvey and her band played Royal Festival Hall in London back in October, a multi-media show where she debuted 10 new songs set against projected photos by Seamus Murphy. Watch videos from that below as well.