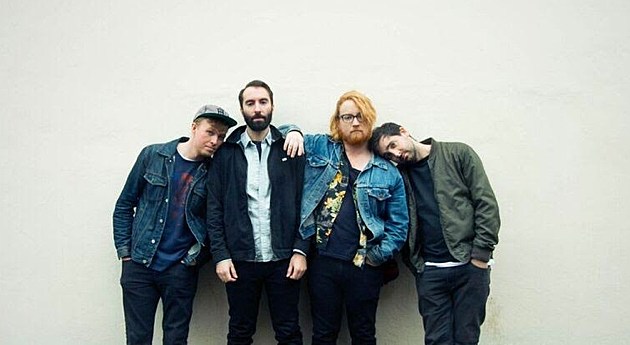 As previously mentioned, Toronto punks PUP are playing shows, including NYC on Friday (2/12) at Saint Vitus (sold out) and June 25 at Music Hall of Williamsburg (tickets). The openers at Vitus are their Toronto neighbors/pals Pkew Pkew Pkew.

If you dig PUP, you'll probably like Pkew Pkew Pkew too. They're up a very similar alley of well-produced anthemic punk rock with lots of drinking references. Their self-titled debut album is due out at some point in the near future via Royal Mountain Records, the same label PUP is on in Canada (and Alvvays, Hollerado, and more). It was recorded by Jon Drew (who's also worked with PUP, Fucked Up and Single Mothers) and Ryan Mall (who's also worked with Lucero, The Bouncing Souls, and The Gaslight Anthem). "Mid 20's Skateboarder" from that album premieres in this post. Check it out below.