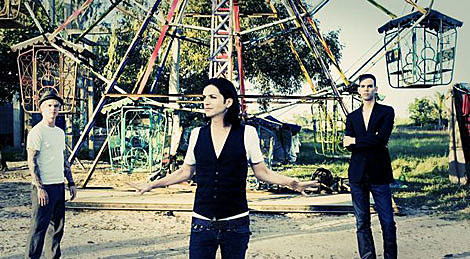 "With a thirteen year history that takes in five studio albums, ten million album sales, breakdowns, clean ups and the dizzy swell of global success, Placebo are set to return with their first new album since the release of Meds in 2006. The new album, titled Battle For The Sun, [was] released on June 9, 2009 on Vagrant Records in the US and Canada." -Placebo

"Their sixth album includes lyrics about suicide and big-ass choruses that could go on an emo record." -Rolling Stone

"We want to thank everyone who bought 'Battle For The Sun' and pushed us higher in the US charts than ever before," commented the band. "It's a buzz for us and we look forward to coming over to play for you in September."

Placebo have announced a North American tour that includes an October 11th show at Terminal 5 in NYC. Tickets for that show go on sale Friday at noon. All dates, and a new video, below...

BATTLE FOR THE SUN - ANIMATION from PlaceboWorld on Vimeo.