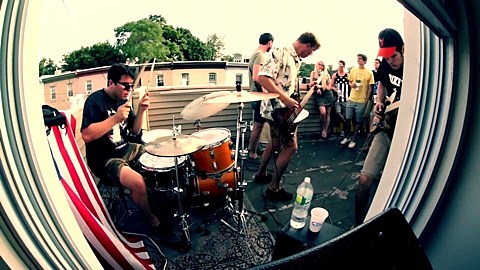 Pennsylvania rippers Placeholder, who we profiled over the summer, recently played The Fest and they've since announced a Northeast tour with Quebec's The Hunters (not to be confused with Brooklyn's Hunters). The tour hits NYC for a show on November 23 at Matchless with Chumped (who we also just wrote about), We Ride On, Sketchy, and Broken Field Runner. All dates are listed, along with the NYC show flyer and tour flyer, below.

The tour is in support of Placeholder's new LP, I Don't Need Forgiveness, which is out now on Black Numbers and can be streamed below. Produced by Justin Pizzoferrato (Sonic Youth, Dinosaur Jr, Speedy Ortiz), the record is loaded with anthemic fuzz-rock bangers like "Don't Look Back," "Above," and "Caught the Crown" that wouldn't be out of place on a Japandroids album, but they know how to slow it down too. One of the best examples of that, "December 2011," with nothing more than electric guitar and Brandon Gepfer's shakey voice, fits in with the album the way that say, "Answering Machine" fits on Let It Be.

All dates are listed, along with the LP stream and video for "Above," below... 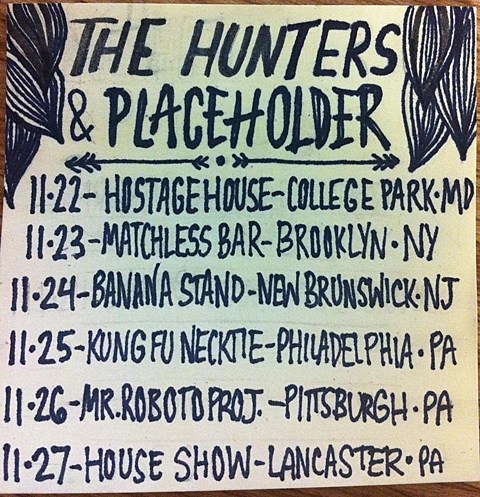 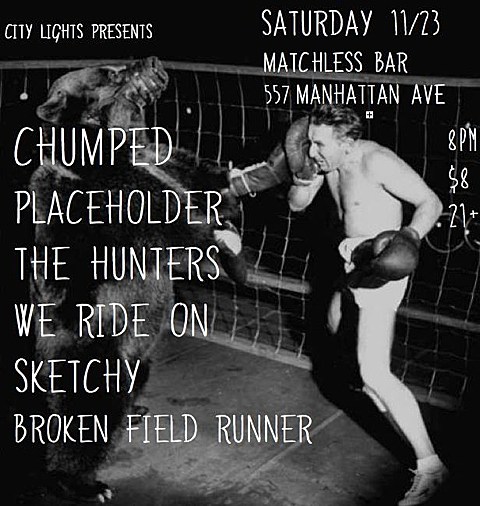