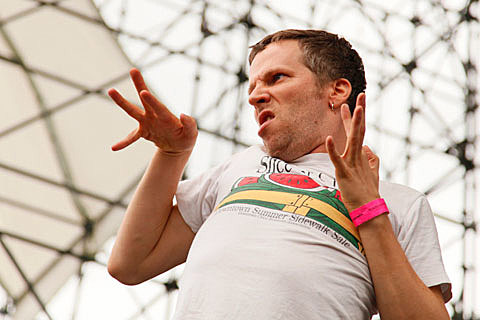 "You were near the front at chk chk chk today, dancing all silly with your friends.
I was in a white t shirt and jeans, to your left. Thought we made eye contact a couple times.

Chk Chk Chk brought the dance party to the rainy Williamsburg Waterfront on Sunday (8/15). The free JellyNYC 'Pool Party' headliners played a mix of old and new to the energetic crowd in front of the stage, and to those choosing alcohol off to the side in the designated drinking area. Shannon Funchess, also now known for her group Light Asylum, seems to be a full fledged member of the live band, singing her own parts, and those that were originally John Pugh's (he left in 2007 to focus on his group Free Blood and other things). Frontman Nic Offer still has the moves.

Last we spoke, Chk Chk Chk announced plans to return to Brooklyn (their favorite place to play because they can say "What's up Brooklyn?!") in October to play one show at Music Hall of Williamsburg. Ends up that's TWO shows at the Williamsburg venue. The dates are October 6th and 7th, and tickets go on sale Friday at noon (like they do for the BrooklynVegan CMJ showcase happening at the same venue in the same month). They'll also be selling a $40 2-day pass which will save you $4+fees if you want to go both nights.

No openers have been announced for the Brooklyn shows, though maybe Light Asylum will open like they did when LCD Soundystem played that venue earlier in the year.

All the rest of the !!! tour dates are HERE. More pictures and some videos from the Pool Party, below... 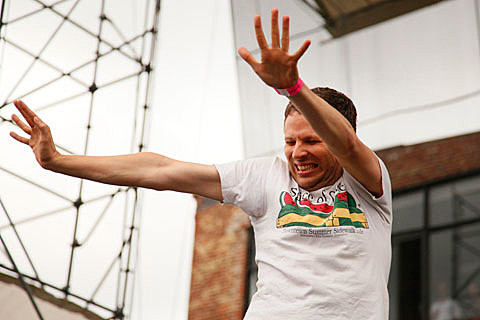 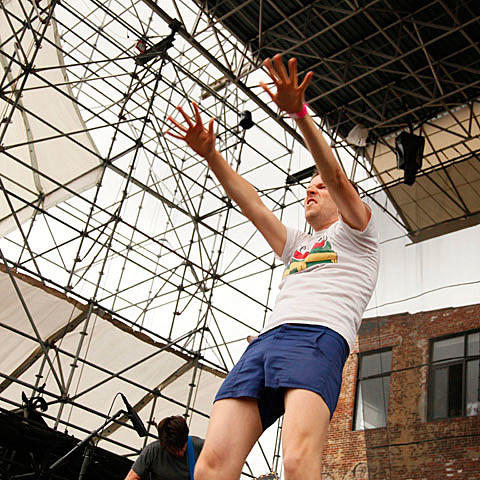 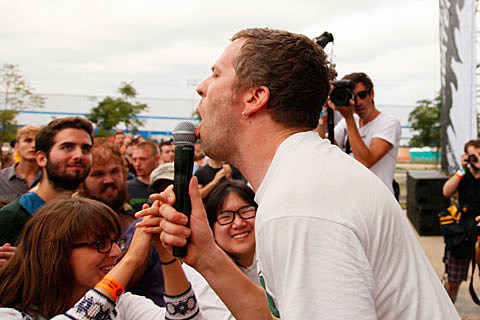 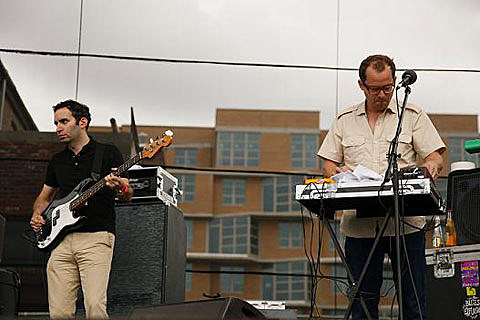 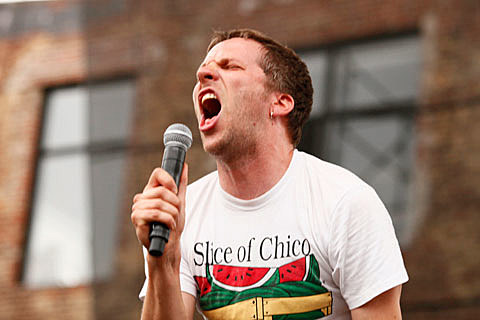 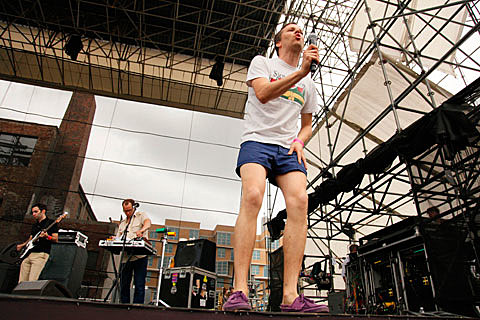 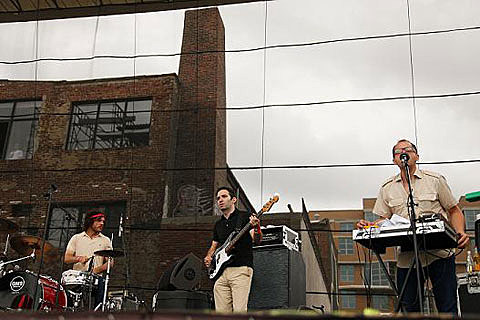 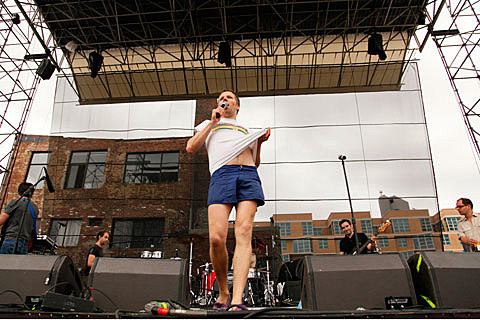 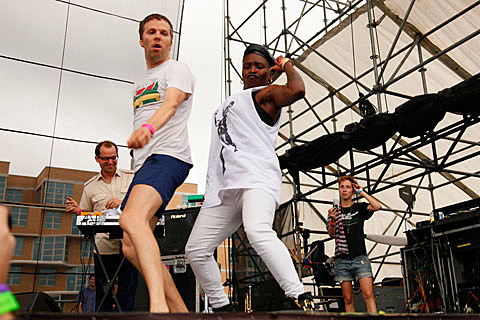 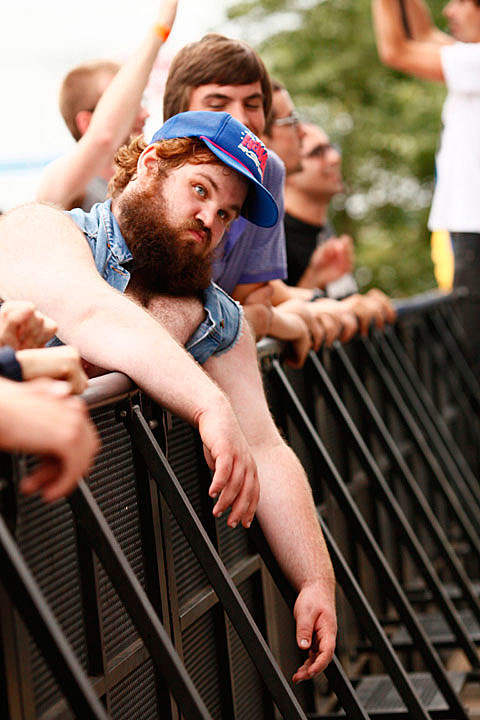