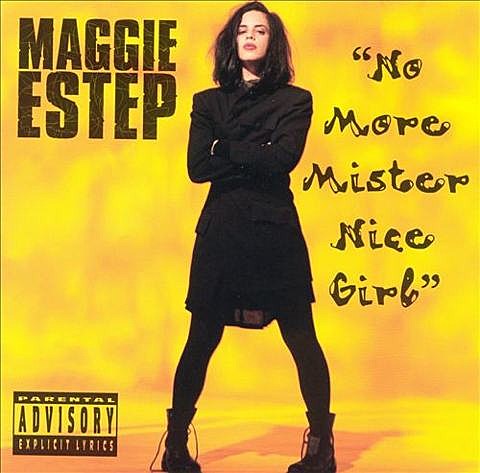 Word is spreading that Maggie Estep, the writer-poet-performance artist and all-around cool person who came to some fame while living in the East Village in the early 1990s, has died. She was 50. (She described herself as a "Novelist, occasional poet, dog-lover, handstand enthusiast" on her Facebook page.)

According to friends, she suffered a massive heart attack on Monday.

She published seven novels and two spoken-word CDs. In 1993, she became a familiar presence on MTV, who featured her poetry as well as performances on the network's "Spoken Word Unplugged" program. -[EV Grieve]

As EV Grieve mentioned in their obit above, Maggie Estep was one of the major players in the mid-'90s NYC spoken word scene. A fixture on MTV interstitials in that era, she even put out a couple albums on major labels that blended spoken word with indie rock.

Rest in peace, Maggie. Some of her work, in video form, below...