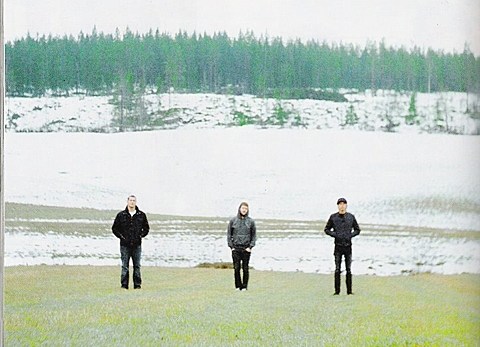 Florida post-hardcore band Poison the Well broke up in 2010 after five full lengths and two EPs dating back to '98, but earlier this year the band announced they'll be getting back together for Asbury Park's Skate & Surf festival. At the time of that announcement, they added, "We'll probably play some more shows and make another record. Well, actually we may not do any of that stuff, but we wanted to cover our asses and make sure we admitted to each cliche ahead of time."

They're at least playing one more show, a NYC appearance happening right before Skate & Surf at Music Hall of Williamsburg on May 15 with the great newer band Code Orange (also playing This Is Hardcore). Tickets go on sale Friday (4/10) at noon.

The band have gone through several lineup changes throughout their career, and going by Facebook, the current lineup is Jeffrey Moreira (vocals), Ryan Primack (guitar), Chris Hornbrook (drums), and Brad Grace (bass). It (not surprisingly) doesn't include Derek Miller, who left in 2004 and later formed Sleigh Bells.

Watch the video for their early '00s fave "Botchla" below...