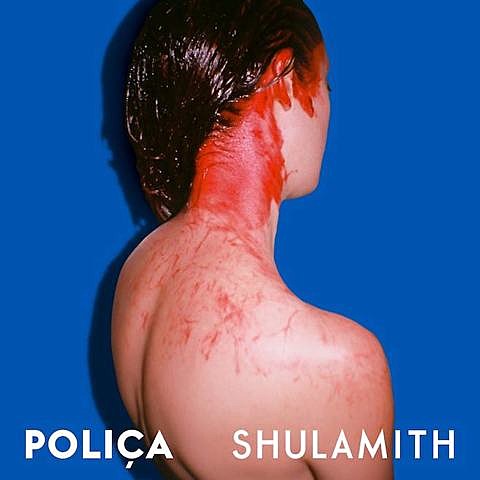 You may have already heard new Poliça track, "Tiff," that features vocals from Bon Iver's Justin Vernon. That song is from their new album, Shulamith, which will be out later this year, date TBA. That's the cover art above, you can check out the tracklist below and the lyrics to all the album's songs are up on Poliça's website. The band just released the video for "Tiff" which was directed by Nabil (Kanye, Bon Iver, James Blake) and finds singer Channy Leaneagh at odds with herself. It's intense and you can watch it below.

Maybe you caught Channy last night (6/10) at Mercury Lounge where she made a surprise appearance with Marijuana Deathsquads (like we said she would) which also featured both of Poliça's two drummers. Did you go to that show? How was it?

Poliça, who also just played Governors Ball, will next visit NYC opening for The xx at their recently-announced show at Radio City Music Hall on September 23. Tickets go on presale Wednesday (6/12) at 10 AM and the password is "coexist."

All Poliça tour dates are listed, along with the "Tiff" video and album tracklist, below.