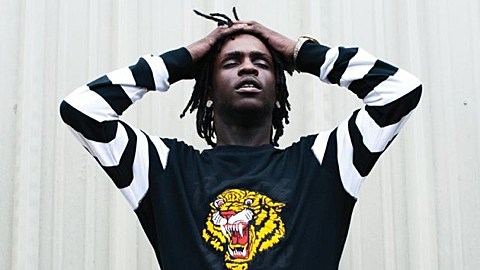 Hammond, Indiana police don't like Chief Keef very much. So much so, in fact, that they shut down a hologram of him performing at a concert on Saturday. The concert was a benefit for the families of 13-month-old Dillan Harris and 22-year-old Marvin Carr, who were killed earlier this month in a shooting. Carr was a rapper named Capo who was associated with Keef. Chicago Tribune reports:

Chief Keef played one song, his hit "I Don't Like," and was talking about putting a stop to violence when the power was cut off.

Police rushed toward the stage, turning the music off about 10:25 p.m. Shining flashlights, they ordered concertgoers to leave. Fans who gathered Saturday left the grounds in an orderly fashion, though disappointed.

Sisters Asherah and Stefanae Coleman, of Chicago, stood on the corner of Sheffield and Calumet avenues waiting for their mom to pick them up early. They were furious at the decision to cut the concert short.

"They shut down a hologram and told us we had to leave. (Chief Keef) wasn't even here," said Asherah Coleman, 18. "We're in two different time zones."

The two said the 6 1/2-hour concert was without incident, and people were having a good time. Then, just as the hologram of Chief Keef was finishing the song "I Don't Like," Stefanae said the music was turned down, the screen went black and Hammond police officers holding flashlights ushered people off the stage.

"There was no violence. It was the police who did this," said Stefanae, 17. "Everyone was happy. ... We went through the whole show without any problems.

Keef had chosen to broadcast his performance via hologram from California, since had legal trouble in the Midwest in the past. He worked with the company Hologram USA, whose CEO Alki David said in a statement: "Shame on the mayor and police chief of Hammond for shutting down a voice that can create positive change in a community in desperate need. And for taking away money that could have gone to help the victims' families. This was a legal event and there was no justification to shut it down besides your glaring disregard for the first amendment right to free speech."