photos by Amanda Hatfield & others 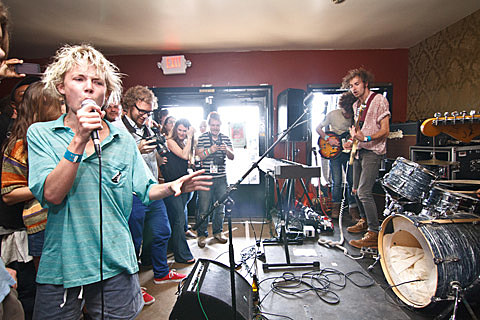 Australian band Pond (not to be confused with Portland band Pond), who include two members of Tame Impala, just hit SXSW and are now on tour with Oberhofer. That tour arrives at Bowery Ballroom TONIGHT (3/21) for what will be Pond's first-ever NYC show (at a venue Tame Impala have headlined and sold out). Tickets are still on sale, so go out and give them a proper welcome (and then stick around for Oberhofer too). Afterwards head to Tribeca Grand for the afterparty. Flyer, details and more tour dates below.

I caught Pond once in Austin, at our own show at Hotel Vegan, and it was one of the most memorable of the week, in part from the performance, and in part from all the fun everyone/friends around me were having as the band rocked the intimate and packed Volstead space on Saturday afternoon.

Stereogum posted some SXSW awards, and Pond won for...

Some pictures and videos from our Hotel Vegan show, and a video from another show, are in this post (a full stream of their set at Hype Hotel can be watched HERE, but the audio sucks). More pics and videos, with the other stuff, below... 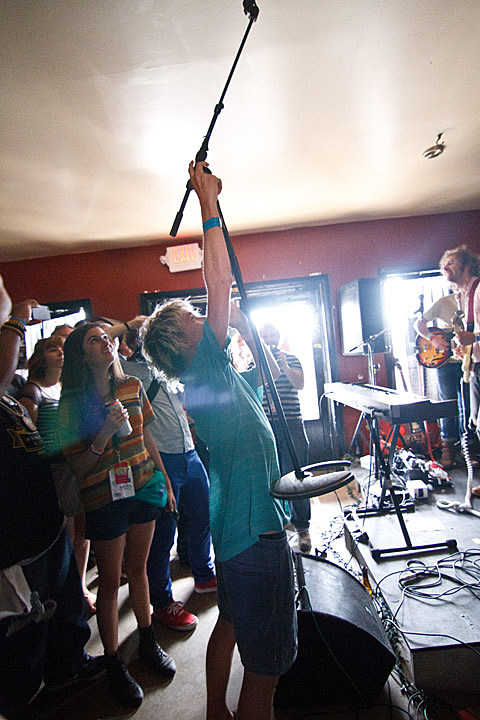 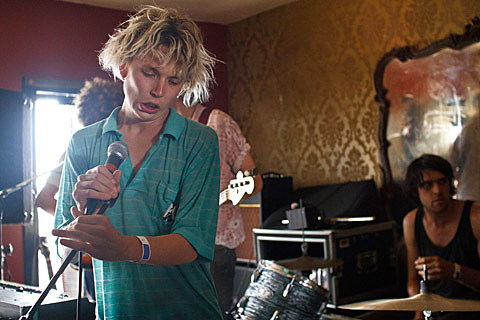 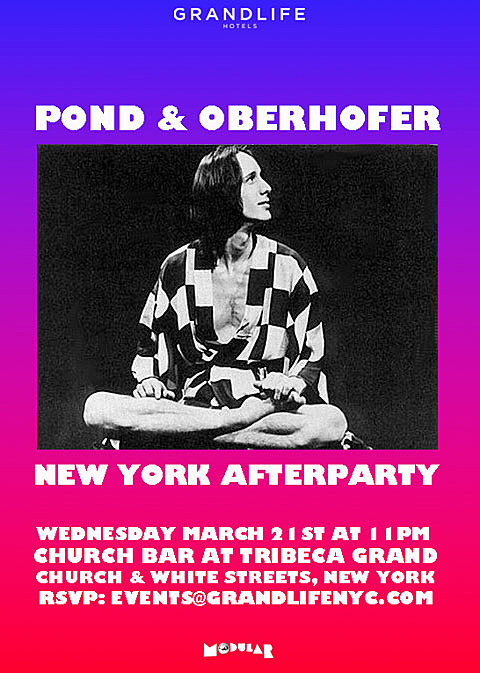 Pond are playing at Bowery Ballroom this evening with Oberhofer. It will be their first ever New York show, and comes after a killer SXSW for the band last week. We're throwing them an afterparty to celebrate, from 11pm-3am tomorrow evening in the Church Bar at Tribeca Grand. DJ sets by Pond, Oberhofer, and Patrik North (Modular).

We'd love to see you there. RSVP at events@tribecagrandnyc.com.