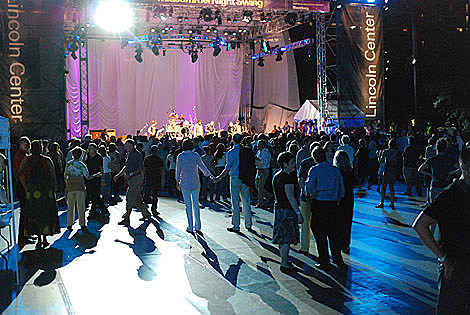 The first two nights of The Ponderosa Stomp at Lincoln Center, July 16th and 17th are part of Lincoln Center's Midsummer Nights Swing, taking place at Damrosch Park. Each night kicks off with a dance lesson at 6:30 and the music starts at 7:30. Thursday night features The Get Down, a night of soul music excellence featuring William Bell, Harvey Scales, The Bobbettes and the incomparable Bo-Keys. Friday night brings rockabilly to the forefront with the Best Dance in Town, in which New Orleans wild man Joe Clay, Sun Record's Carl Mann and the legendary brother/sister duo The Collins Kids throw down, backed by Deke Dickerson and his Eccofonics.

The Ponderosa Stomp @ Lincoln Center's first night, The Get Down, will be broadcast live on WFMU. The second, July 17th, will be recorded for a later broadcast on July 30th. Tickets for the events are still on sale.

More info on the Stomp and the full lineup of performers (or you can check out "virtual trading cards" for each), below...

The Ponderosa Stomp Concert, a New Orleans musical tradition, highlights the world's most authentic musicians of rockabilly, R&B, jazz, blues, garage, soul, funk, and swamp pop. The annual show has become a must-see event, functioning as a showcase for living musical history. The Ponderosa Stomp exists to acknowledge, pay tribute to, and teach the cultural significance of the unsung heroes and heroines of rock-n-roll, rhythm & blues and other forms of American roots music. Events in New Orleans every spring include two jam-packed nights of music, a conference and symposium, film festival, record hop and now, a museum exhibit. Unsung Heroes: The Secret History of Louisiana Rock & Roll is currently on display at the Louisiana State Museum in the historic Cabildo in the heart of the French Quarter, running through May 2010. Lincoln Center and the Stomp teamed up together to produce three nights of music this week celebrating stars of rockabilly, soul and R&B.