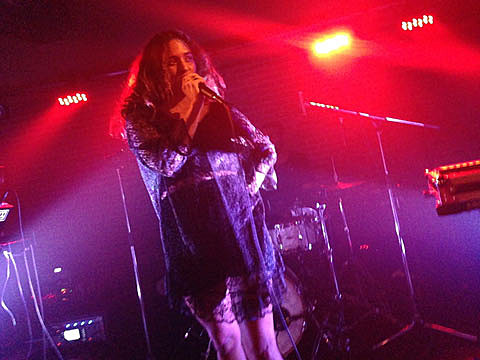 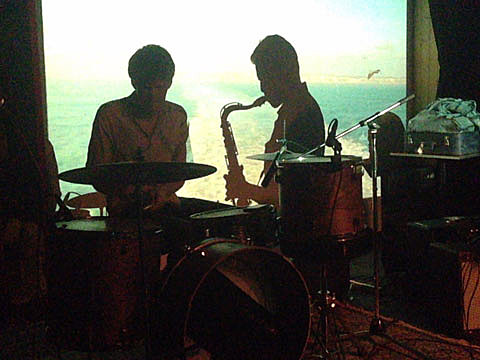 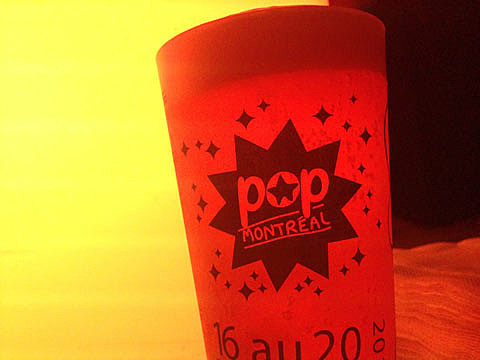 For the second day 2 of Pop Montreal (9/19) I made a concerted effort to see bands I had a) never seen before b) was unfamiliar with. It turned out pretty well. After hitting the Puces POP craft fair and briefly catching Toronto garage rockers Goodbye Honolulu at Divan Orange (very Hives-esque), I spent the first half of Thursday night at the Fixture Records showcase at La Vitrola. The Montreal label released a Sheer Agony cassette a couple years ago, and also Moss Lime who I liked. Neither of those bands played, but it was enough to trust I might like whoever else played. First up was Mavo, who are a bit like Sheer Agony -- nervy guitar pop -- who apparently haven't played live in two years. They were good, and I hope Mavo are "back."

It was maybe just coincidence that the next band, Freelove Fenner, came on stage to the sounds of Broadcast's "The Booklovers" but it was a pretty fitting intro. The trio are chilly, at times clinical, with sonic debt to minimal early-'80s postpunk like Young Marble Giants or Kleenex/Liliput. (They're also a bit like current UK band The Drink. And, yes, Broadcast too.) You can listen to their 2013 album, Do Not Affect a Breezy Manner, below. The band's next album will be released by Brooklyn's Bayonet Records.

Next was duo Chevalier Avant Garde who make slightly gothy synthpop, though it's more on the "romantic" side of goth. And definitely "pop" as even though I was hearing it for the first time, more than a couple songs stuck with me. If I had brought one of the 11 free canvas totes I've gotten in the last two days instead of leaving them all in my hotel room, I would've bought their album Resurrection Machine. (Stream it below.) They used a bunch of '80s-era step drum machines and some big crazy sequencer as backing -- I always want a live drummer, but they were still enjoyable live.

A lot of folks were at the Fixture showcase for Last Lizard, the new project from Dirty Beaches' Alex Zhang Hungtai. It was him on sax and a drummer, with some cool projections, and was fully in free jazz territory. But his silhouette against footage of a highway at night was still in David Lynch territory.

The headliner at La Vitrola was Homeshake, whose new album Midnight Snack is out today. I left before they went on but folks in NYC can catch Homeshake at Baby's All Right on October 6 (tickets) and frontman Peter Sagar plays a solo show at Elvis Guesthouse the day before (10/5, tickets). You can stream Midnight Snack below. 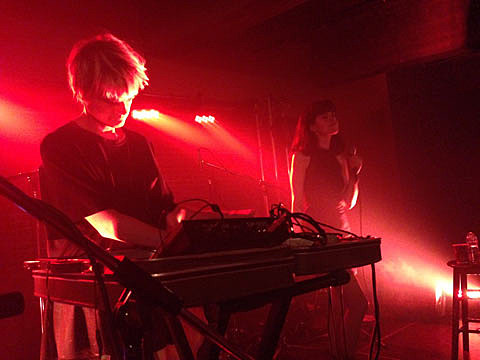 I left because I was heading over to Piccolo Little Burgundy for the late-night Pop Montreal aftershow. Little Burgundy happens in a different space every year at Pop, this year being in the basement of big venue Rialto. (It is kind of like Webster Hall's Marlin Room.) The first act was new Montreal duo She-Devils who were a bit like U.S. Girls in that there is a post-retro vibe, using a lot of (I think) '50s and '60s samples, repurposed into something very now. It's not girl group sounds, though, it's more of a early rock n' roll or surf vibe put through a red neon filter. It is very much to my taste and I dug them a lot. They don't have any music out yet, but they'll play NYC next month opening for Majical Cloudz at National Sawdust on October 21 (tickets).

Then it was Empress Of, whose terrific, at times Bjork-y debut album, Me, came out earlier this month. Backed by drummer and a keyboardist playing some big analog synths, Lorely Rodriguez (who is Empress Of) had the crowd in her pocket from the start and played Me in full. I genuinely thought she was great. Braids played after, but it was 2 AM and I was wiped, and headed out.

Tonight (9/18) Besnard Lakes will be performing as a 17-piece "orchestra" and debuting their forthcoming album in full, which I'm excited about. (You can also catch them in regular, non-orchestra line-up opening some dates for Ride.) Pop Montreal Day 1 report is HERE and a few more day 2 iPhone pics from below... 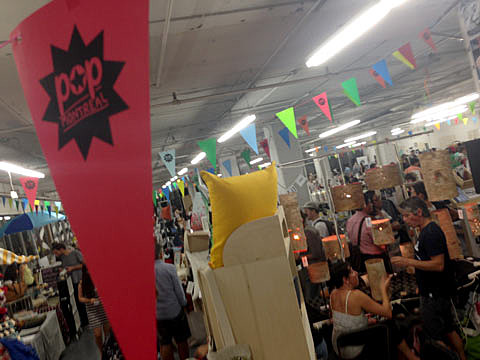 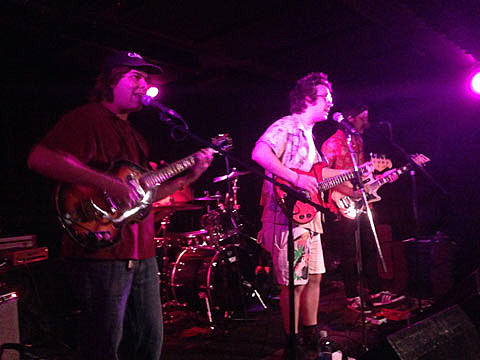 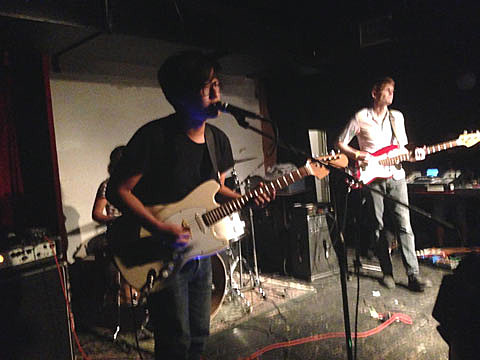 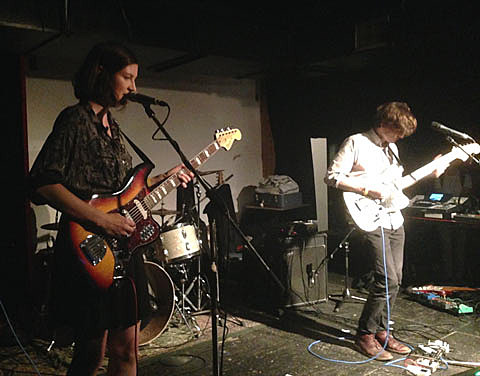 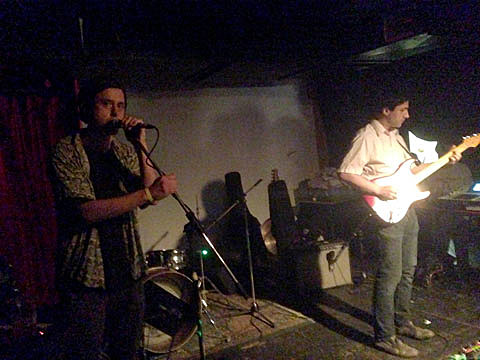 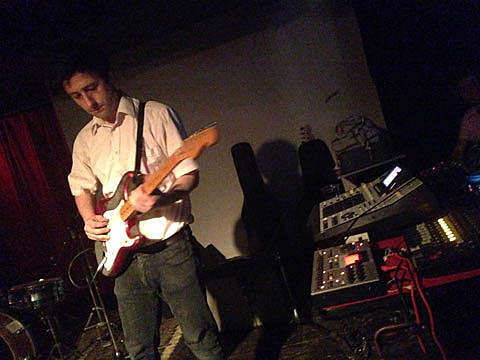 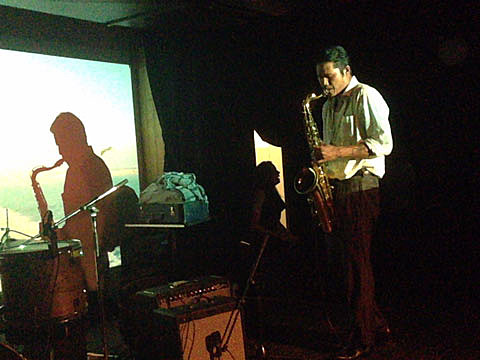 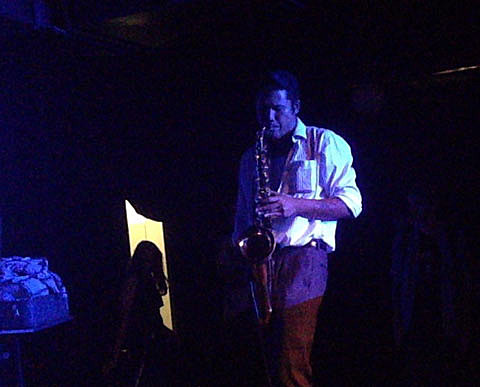 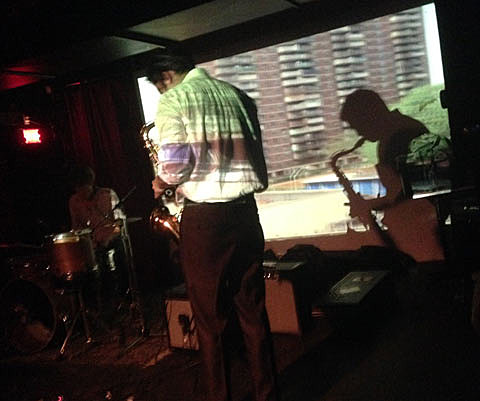 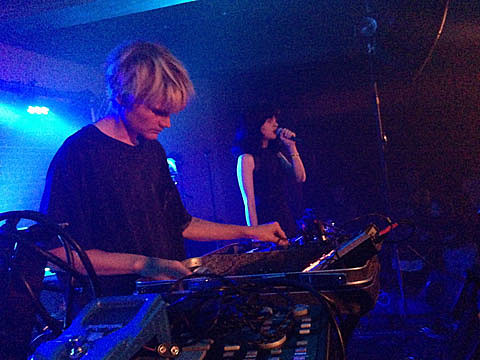 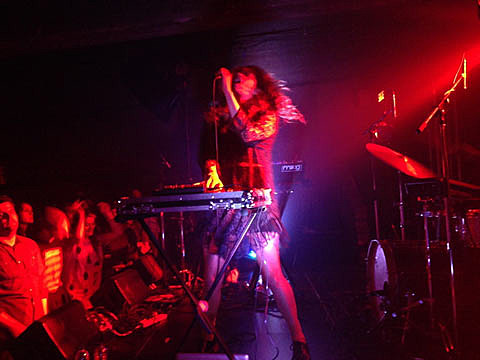 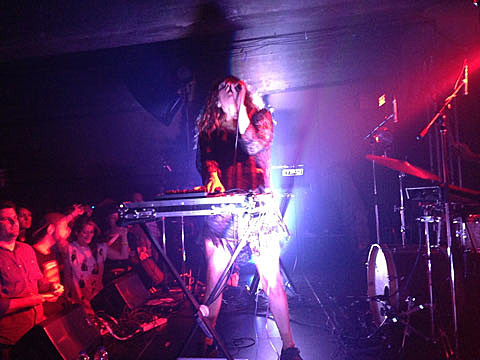 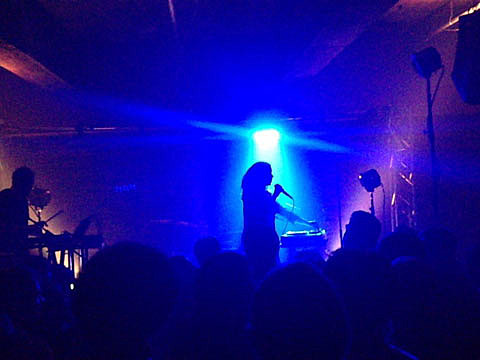