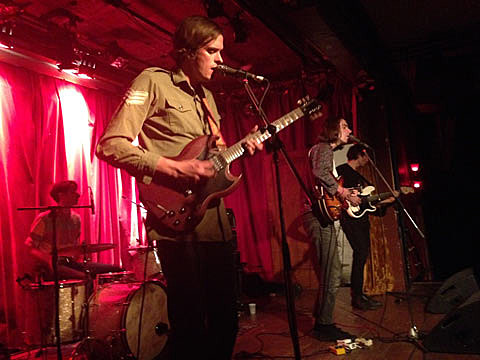 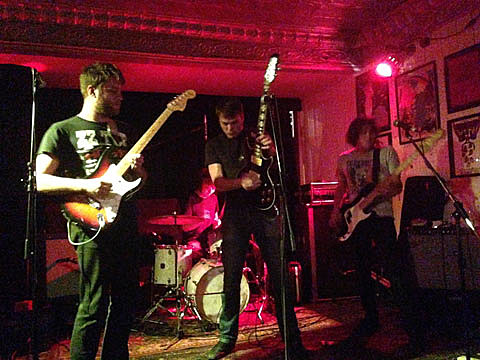 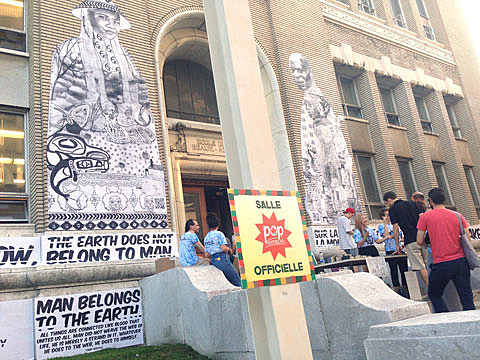 The 2015 edition of Pop Montreal began on Wednesday (9/16) with shows happening at most, if not all, of the Quebec City's venues. A bit like SXSW in form, Pop is one of the friendlier festivals you can go to and, while offering acts from around the world, Montreal (and Canada) is still the focus. You also get a real sense of "scene" here: bands all seem to know each other, go to each other's shows, and are generally supportive of each other (at least that's the vibe I get). Win Butler of Arcade Fire was hanging out at last night's kickoff cocktail party and BBQ at Pop's HQ (which was free and open to anyone) and seemingly the only people gawking were out-of-towners like me. Arcade Fire's tour documentary The Reflektor Tapes premieres at Pop Montreal tonight (9/17).

With five days of shows ahead of me, I eased into Day 1. First act to play, which was during the cocktail party, was Montreal's Foxtrott who makes quirky, danceable pop and was previewing songs from her debut album for One Little Indian, out November 6. (She's played M for Montreal and CMJ before.) Using a french horn for bass parts and clattering percussion, it was a fitting start to the fest. You can check out the video for her single "Driven," below.

After dinner at Foodlab, which is atop the Le SAT art/performance space, I headed up to Le Sala Rossa and Casa de Popolo, two clubs owned by the same folks that are on opposite sides of Saint-Laurent. At Sala, I caught Ultimate Painting who sounded great but whose short set focused more on their debut than the just-out Green Lanes. (They play NYC on Friday.) After that I stuck around to catch Toronto band Weaves who are fronted by the charismatic belter Jasmyn Burke. Their sound is kind of all over the place, but they were fun.

Across the street at Casa, I caught Montreal's Girl Arm who make skronky/angular noise somewhat reminiscent of Jawbox or Shudder to Think. Not bad. Stream their 2014 EP below. Then it was Austin's awesome OBN IIIs, who had played NYC the night before, and whose new album Worth a Lot of Money revels in Thin Lizzy-style big riffs. Main man Orville Bateman Neeley III plays guitar in the band these days, and I do miss when he was a pure frontman, jumping into the crowd and messing with people, but damn if they didn't sound great. I then went around the corner to the famed Fairmont Bagels for a late-night snack and called it a night.

In addition to all the music, Pop Montreal has symposiums, more movies, and even a pop-up restaurant where Owen Pallet will be cooking on Friday. Stay tuned for more coverage of Pop Montreal, and a few more of my fuzzy iphone pics are below. 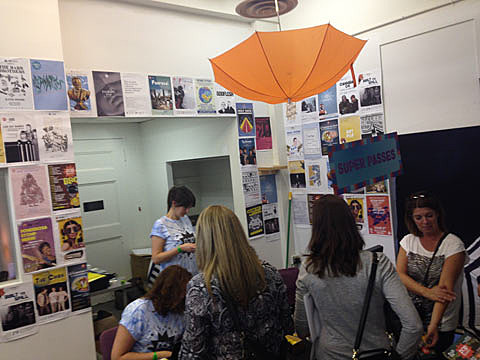 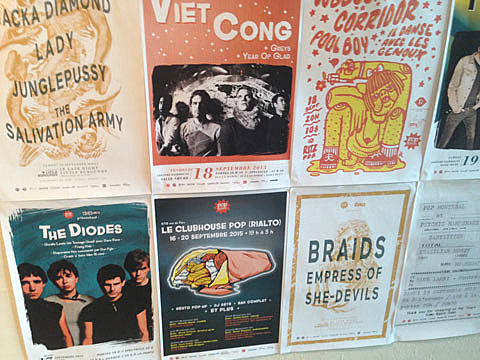 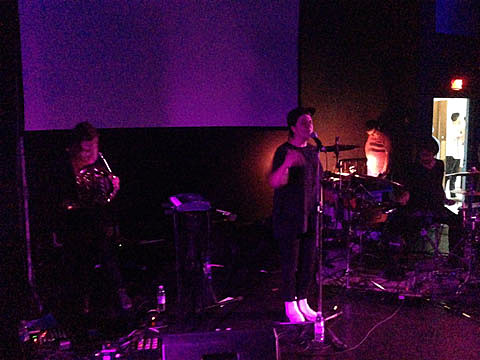 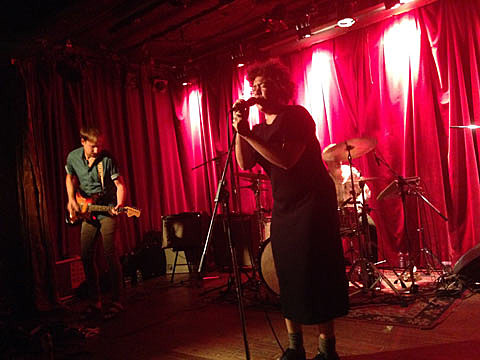 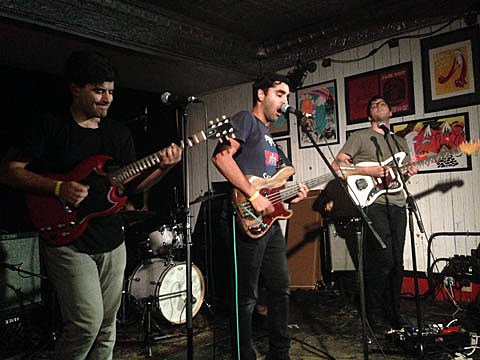 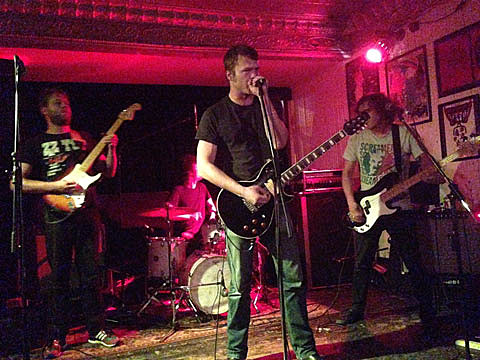 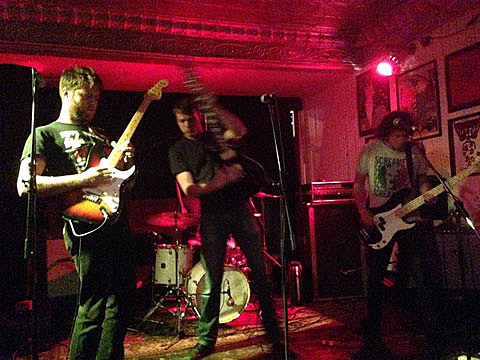