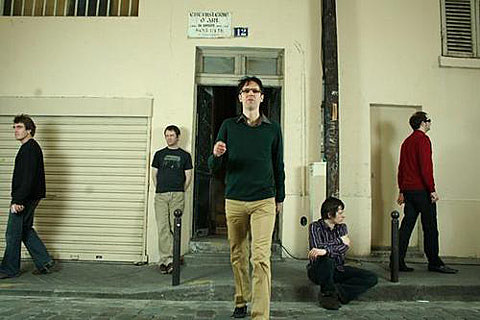 Day 3 of NYC Popfest (Saturday 5/31) has something for just about everyone -- including those with not a lot of extra money -- with a free day show at Spike Hill and an evening show a couple blocks away at Cameo.

The night show is headlined by California's Rocketship who haven't played anywhere in a good while. Fueled by drony organ and '60s pop melodies, their 1996 album A Certain Smile, A Certain Sadness drew comparisons to Stereolab. It's a '90s indie rock classic. After that, the original line-up dissolved, and Rocketship became essentially a solo project for main man Dustin Reske, who inorporated jungle and drum n' bass into later recordings. After half a decade away, Reske returned with Here Comes...Rocketship which picked up right where he left off. For a lot of Popfest attendees, this is the weekend's main event.

Also on the bill: a band I never thought I'd get to see -- UK group Spearmint. The band formed in the mid-'90s during the Britpop boom, but owed more to the anorak-clad Sarah Records / C-86 scene. With samples and a love of Northern soul, Saint Etienne or Pulp were probably closest in spirit, and the band scored a minor hit in their home country with "Sweeping the Nation" and that and "We're Going Out" are still played at "indie disco" night. (They were actually referenced in a line of dialogue in the film (500) Days of Summer which probably went unnoticed by most viewers.) The band just released News From Nowhere, their first new record in eight years. You can stream it, along with videos of the two singles, below. 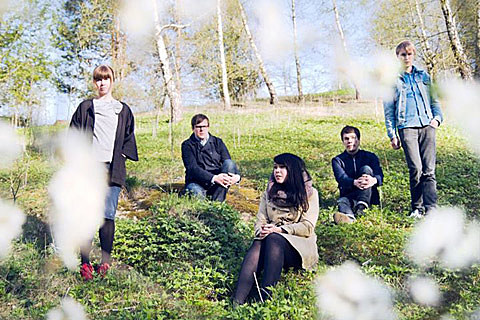 Also on the bill Saturday night are two bands from Sweden. The Garlands hail from Stockholm and fall on the ethereal/jangly side, a sound Scandinavians are particularly adept at. Stream their 2012 EP below. The other Swedes on the bill are duo Stars in Coma who are from Malmö. Their new album, The Confessional Sun, is harmony-laden, '70s-ish sunshine pop. It's a really nice record, and you can stream it below.

Opening the Cameo show are Madrid duo Band À Part whose sound is deep in the shag of loungey exotica. Like pizzicato strings? Check out Band À Part's most recent EP below.

Immediately the bands at Cameo is the Popfest edition of bi-monthly indiepop dance party Mondo! which should keep the party going till late. 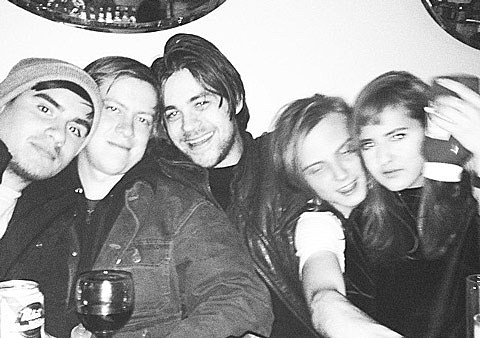 The daytime show at Spike Hill is headlined by Melbourne, Australia's The Zebras who have been around since the mid-'00s and make no-nonsense, jangly guitar pop, made special via great songwriting and harmonies. They're set to release their third album this year and you can stream a track from that below and catch up with past releases via Rdio -- I'm partial to 2008's New Ways of Risking Our Lives EP. If you can't make the Saturday show, they play Otto's Shrunken Head on Monday (6/2) with fellow Aussies Mid-Stage Orange, Mark Monnone of The Lucksmiths, plus members of The Ladybug Transistor. That show is free too.

Right before them are Stockholm, Sweden's Don't Cry Shopgirl who probably win this year's Most Twee Name award at Popfest (and there's a fair amount of competition). As you might expect, this is featherlight pop -- even when they step lightly on the distortion pedal, the fuzz is about as menacing as sweater pilling. But they do it well, check out three tracks below.

Also playing at Spike Hill: NYC band Gingerlys who put some muscle behind their "oohs" and "ahhs." I get the feeling they are louder live than their recordings let on. The band will release a new 7" EP via Shelflife Records in July which is quite good and you can stream the whole thing below.

Opening the free afternoon show is The Arctic Flow, aka Myrtle Beach, SC resident Brian Hancheck. (Yes, people actually live in Myrtle Beach and Alabama aren't the only band based out of there.) His Sunbathing​/​Stargazing EP is really lovely stuff, with Cocteau Twins-y guitars over some very catchy, jazzy songs. You can stream that below.

Preview of Friday (5/30) Popfest bands is here, and streams/videos of all the bands playing -- as well set times for both shows -- on Saturday are below.