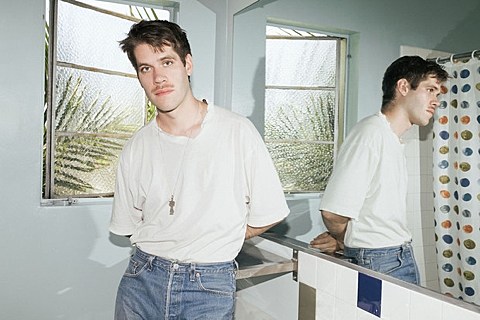 Porches have announced a new album called Pool, which is out February 5 and is their first for Domino. They also released a video for the first single "Hour," which you can check out below.

Porches will be heading out on tour behind that album with labelmates Alex G, who released Beach Music earlier this year, and Your Friend (aka Taryn Miller), who will release her debut album Gumption on January 29 (stream "Heathering" from that below).

The tour will feature two NYC shows: MHOW on April 13 and at Bowery Ballroom on April 15. Tickets for both shows go on sale Friday (11/20) at noon. All dates are listed below.

Alex G will also be in NYC way sooner for a show with Wild Nothing at Baby's on Monday (11/23) (tickets). Watch a video off his album, with the new Porches video, Your Friend track, and list of dates, below.