Porches with Greta Kline @ Baby's All Right (via beccaliebert) 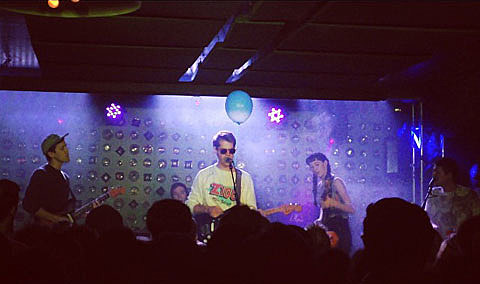 Porches played their first of two nights at Baby's All Right last night (10/17), part of the the Baby's ongoing, pre-CMJ one year birthday party. The band were also celebrating their new Terrible Records single which you can pre-order on vinyl and listen to now below. The new song "Forgive" features a guest appearance by Greta Kline who also plays in Porches and leads her own project Frankie Cosmos who opened last night, but switches the order and headlines Baby's after Porches play tonight (10/18). After Frankie Cosmos, you can catch a set by Cashmere Cat who was added to the venue's schedule today.

If you can't make it to Baby's, Porches also added a Saturday night CMJ show at the soon-closing Death By Audio. The Arbutus/Terrible/JMC Aggregatee showcase also features sets by Tops (who played the even-later show at Baby's last night), Lydia Ainsworth and Regal Degal. The flyer for that is with the two new Porches songs below... 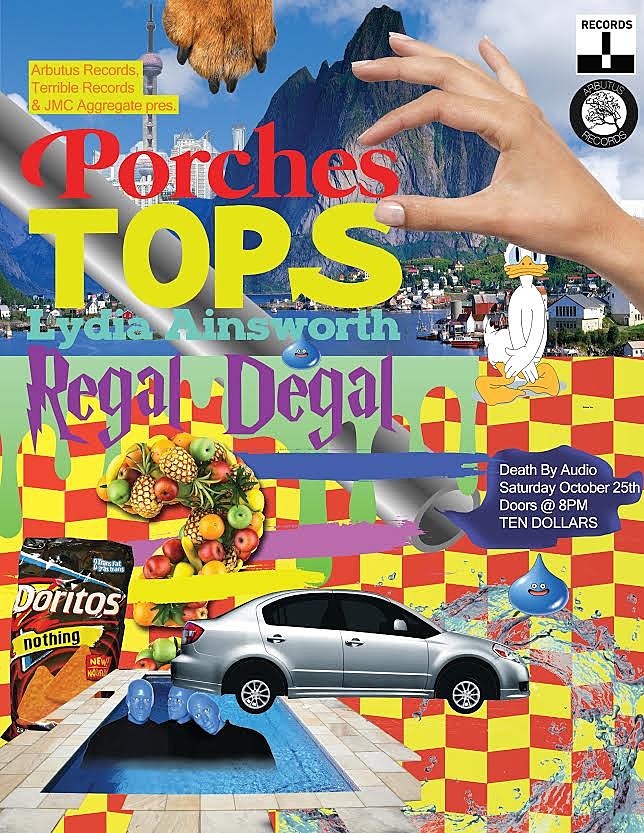