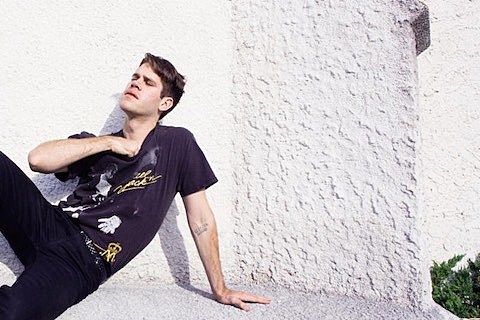 Porches, the musical moniker of Aaron Maine, has signed to Domino who will release his new album next year. They've just released the first track, "Hour," which with pulsing bass and glassine synths, is a sultry teaser for the LP and you can stream it below.

If you need more, Porches will be playing a few CMJ shows this week, including BrooklynVegan's free Friday (10/16) day party at Baby's All Right with Car Seat Headrest and more. Here is Porches' full CMJ schedule:

Porches will also be playing this year's Iceland Airwaves and a show in London. All dates are listed below...