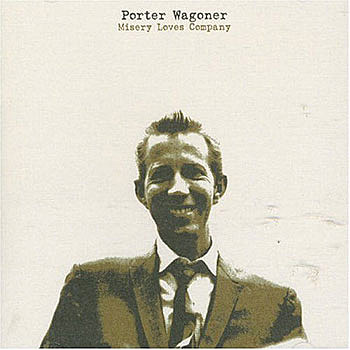 Porter Wagoner, a Grand Ole Opry institution and member of the Country Music Hall of Fame, died Sunday (Oct. 28) at 8:25 p.m. at Alive Hospice in Nashville.

Known as the Thin Man From West Plains, he was 80 and had been hospitalized since Oct. 15. An Opry spokesperson announced on Oct. 21 that Wagoner had been diagnosed with lung cancer. He was released to hospice care on Friday (Oct. 26).

An Opry star since 1957, the well-loved Wagoner had been the show's goodwill ambassador for many years and was photographed by fans millions of times as he clowned onstage in the flashy rhinestone suits that became one of his trademarks.

After suffering a near-fatal stomach aneurysm in 2006, he later recorded a new album, Wagonmaster, released earlier this year. He promoted the project by traveling to Hollywood in February to open a concert for Neko Case. In July, he opened the White Stripes' concert at New York's Madison Square Garden. Earlier this year, he celebrated his 50th anniversary as a member of the Opry. He last played the Opry on Sept. 29. [CMT]

Porter's last NYC show was at MSG - opening for the White Stripes.