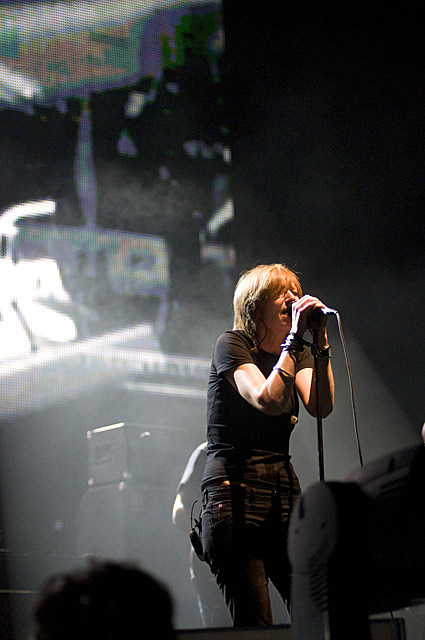 The number of bands playing NYC before or after ATP NJ in Asbury Park is multiplying. We've recently mentioned that Shellac play The Bell House and that Anika, whose album was produced by Geoff Barrow of Portishead, plays LPR (it will be her first US live show).

It's now been announced that Portishead, who co-curated and headline the NJ festival, as promised, will follow ATP with a North American tour that kicks off on October 4 and 5 at Hammerstein Ballroom!!! Tickets for all dates are on presale now! Tickets "go on sale to the general public July 15th and 16th, with the exception of Chicago, on sale date July 22nd."

According to Adrian Utley, "We've always thought that we must come back to tour in the states, something we wanted to do with the release of Third, but our schedule just wouldn't allow it. Being that we were asked to curate I'll be your Mirror, this just seemed like a good start to touring the states - it set's it off in absolutely the right way. We are absolutely delighted to come back."

Though it's hard to want a show to be at Roseland or Hammerstein, it's too bad they didn't choose Roseland for old time's sake. All new dates will be opened by Thought Forms (who opened for Portishead in Utrecht on 6/15).