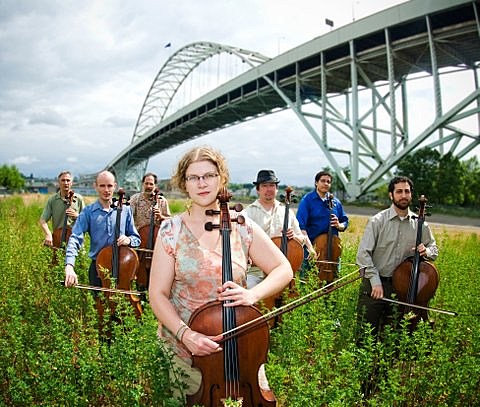 As mentioned, The Portland Cello Project are playing the 2012 Hudson Square Music & Wine Festival's kickoff event on June 26. It's part of a short East Coast tour, that also includes a NYC show with previous tourmate Emily Wells at Housing Works Bookstore on June 25th (tickets). They'll also be back later this summer for a show at City Winery on August 22nd (tickets). All dates are listed below.

If you're unfamiliar with the PCP, as we like to call them, the ensemble turns contemporary pop into classical jams your uptight uncle would like. They just released a new album, Homage, which features their arrangements of hip hop songs from the likes of Kanye West, Jay-Z, and others. Check out video of them performing a Jay-Z/Kanye tune they've renamed "Ninjas in Paris" (I wonder how many times they'll play it) along with a list of all upcoming tour dates below...