Portugal. The Man at Governors Island (via) 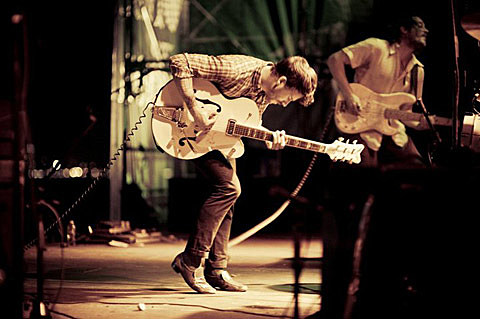 After a few dates in March leading up to multiple appearances at SXSW followed by some local Northwest dates in April, Portugal. The Man will gear up and criss-cross the continent in May, eventually ending up at Bonnaroo in June. The tour include a NYC show at Webster Hall on June 3. Tickets for that go on AmEx presale at noon on Wed (3/2) and regular sale on Friday. A "fan ticket pre-sale" for all dates "will begin on March 1" somewhere on their website.

The Atlantic Records-signed band is currently working on some new material which is reportedly due this year. More details TBA, but the band recently released some video from the studio which you can check out alongside all tour dates below...

Portugal. The Man "Guns and Dogs"