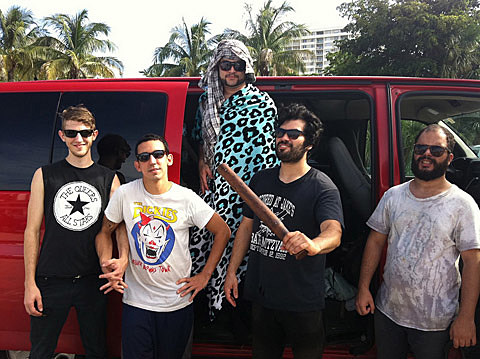 Members of Torche and Asshole Parade converge to form Post Teens, a five piece punk crew welcoming their new The Heat EP on June 5th via No Idea. Clocking in at a short-but-sweet six minutes over as many songs, Post Teens mine the snotty melodic punk territory occupied by current favorites like The Spits and recently seen on the latest Toys That Kill record. Stream the title track for the first time below. The new EP is the follow-up to last-year's debut 7" which hit via Sound Study Recordings and features "Fucked Up Perception", available in video form below.

Post Teens are on the road in late May with the great Mauser, playing a string fo dates on their way toward Chaos in Tejas on June 2nd, where they'll team up with Dopamines, Joyce Manor (who recently played NYC), Shoppers, Wiccans and Creem (who have a new 12" due via Deranged) for a whopper of a show at Scoot Inn.

All tour dates, those Post Teens streams, and a full album stream of the new Creem LP are below.