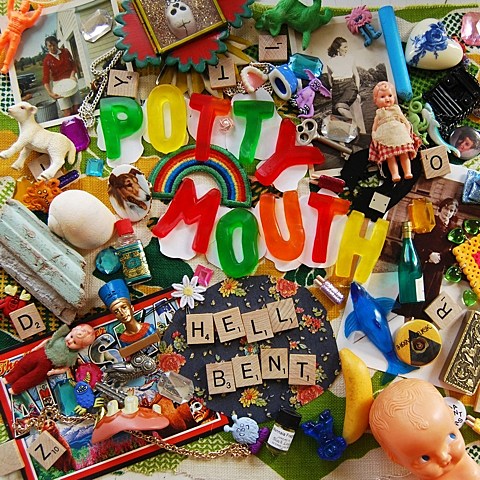 Northampton punk-inspired indie rockers Potty Mouth, who we profiled back in January, had been working on their debut LP this year, and that album, titled Hell Bent, will finally be out on September 17 via Old Flame (the label that put out Cloud Nothings' "Didn't You" 7").

The band released the video for the album's first single, "Damage," earlier this year, and have since released another album cut, "The Spins." Both tracks (and the whole album for that matter) are a dry, deceptively-slacker approach to melodic punk that should appeal to a generation of kids who grew up seeing as much in Nirvana as they did in blink-182. That's the album art above, and the tracklist and song streams are below.

Potty Mouth will be kicking off a summer tour prior to the release of their new album, which begins in NYC this month. First they'll play the July 24 installment of Summerscreen before a screening of The Craft, and the next day they'll play Shea Stadium (7/25) with like-minded Brooklyn rockers Shark? and two other Brooklyn bands, Caged Animals and Toons.