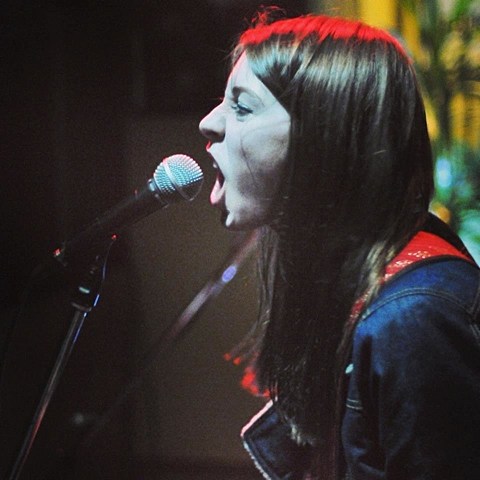 Earlier this year, we profiled Northampton's Potty Mouth in advance of their NYC shows, which, according to this interview with Noisey, they had a great time at:

Abby: They were so much fun. We had been looking forward to them for a long time.

Ally: They were both so different. The Indie Pop Prom was an insanely packed party at 285 Kent, so many fucking people, everyone was drunk, and then the next show at the New Museum was a very nice space with older people who might not necessarily come to our shows--a museum-y type of vibe. But it was cool because they were really different, but they were both in New York.

In that same interview, Potty Mouth mentioned that they're planning to tour this June, and though that tour hasn't been announced in full yet, we know that it includes day 1 of Ladyfest Philly, which goes down from June 7 - 9. And before that, they'll return to NYC for a show at Cake Shop on June 5 with Pretty Greens. Even sooner, they'll open for Andrew WK in Hartford, CT this Friday (4/19) at Arch Street Tavern (tickets).

Potty Mouth are currently working on their debut full length. Not much info has been revealed about that, but the album is set to include their killer single, "Damage." Check out the video for that song, a full set video of their recent Cambridge Elks Lodge show, and all currently scheduled dates listed below...