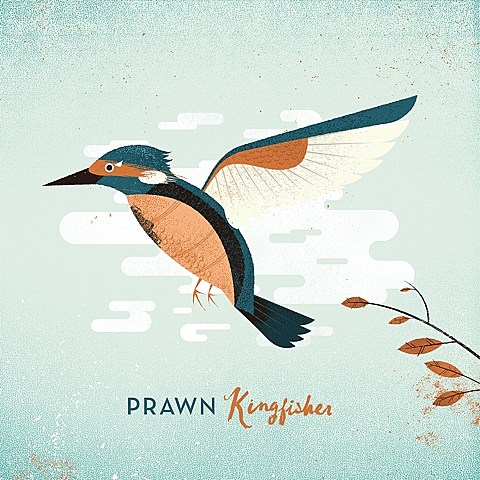 NJ emo band Prawn put out a split EP with Joie De Vivre earlier this year, and they're now set to follow it with a new full length, Kingfisher, on August 12 via Topshelf. The record's new single "Thalassa" is a horn-filled rocker with radio-ready hooks coming from very not-radio ready scrappy guitars and raw vocals. Plus there's a part where the drummer clicks his sticks together that you just know basements full of emo kids will be clapping along to in no time. Take a listen to the track, via Noisey, below.

As discussed, Prawn will open many dates on the Foxing / Hotelier tour, including the NYC show happening August 2 at The Studio at Webster Hall (tickets). They'll play NYC sooner than though, when they play a free midnight show at Knitting Factory on July 11 with Caravela during their run with Into It. Over It. Take note: that's the same night as the Owls show at Bowery Ballroom so if you're looking for a way to keep the emo party going after that, this could work.