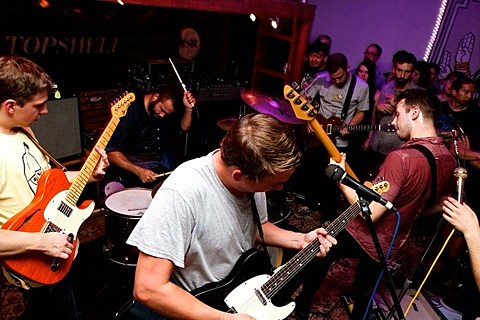 Two emo bands, Ridgewood, NJ's Prawn and Rockford, IL's Joie De Vivre, are teaming up to release a split 7" on February 11 via Topshelf and Count Your Lucky Stars (click the label links to pre-order). It's got three new songs from Joie De Vivre and two from Prawn, one of which makes its premiere in this post. "Why You Always Leave a Note" (presumably an Arrested Development reference?) starts out as the kind of Kinsella-style emo that Prawn have always had a knack for, but towards the end takes a turn for the sort of fleshed-out, heavily layered stuff that TWIABP were doing on their last record. Prawn have always had a post-rock side, but they've rarely sounded this downright pretty. Stream the song, along with the 7" artwork and tracklist, below.

Prawn's previously announced tour with You Blew It! and Crying comes to NYC on February 8 at Shea Stadium with Living Room. All dates are listed, along with the song stream and more, below...

Prawn - "Why You Always Leave a Note" 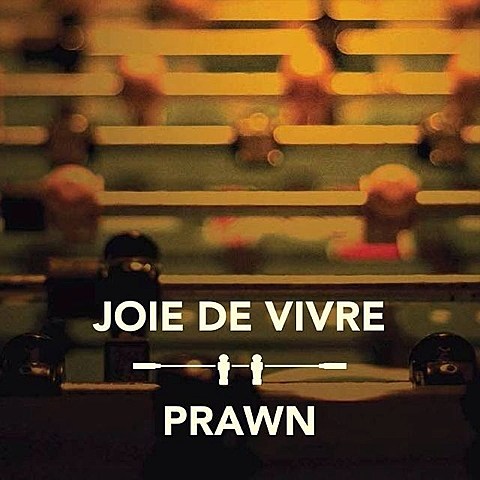 1. Why You Always Leave a Note
2. Fracture

Filed Under: Andrew Sacher, Crying, Joie De Vivre, Prawn, You Blew It!
Categories: Music News, tour dates
Comments
Leave A Comment
You Blew It singer forms Couplet w/ Into It. Over It. & Sincere Engineer members, announces LP
Notable Releases of the Week (9/4)
Japanese Breakfast & Crying’s Ryan Galloway release collab EP as BUMPER (listen)
Charmer made us a playlist, discuss life as a band in self-isolation
100 Best Punk & Emo Albums of the 2010s
everything on Run For Cover’s Bandcamp is pay what you want for Cyber Monday